Is half-a-tablet of X a substitute for a tablet of X/2?

This may be anecdotal. At the pharmacy earlier, the prescription called for a drug with X mg of the target chemical. The pharmacy however only had stock of a higher potency of the same brand. E.g. A prescription may call for 25mg of a particular chemical, whereas the pharmacy could only service a request for 50mg of that chemical in the **same brand**._According to the pharmacist, and the medic - a proportional fraction of higher potency drug of the same brand may be substituted for the lower potency. Thus in the example above, half-a-tablet of 50mg may serve in lieu of a single tablet of 25mg._For a given brand - Is half-a-tablet of X a substitute for a full tablet of X/2? - Does the corollary scale upwards too?
Follow • 1
Add comment
More
Report

The answer is actually ..sometimes.

Many drugs exist for which this is true. Many tablets are made with a score specifically to help people divide them. Usually in half, but one one case know of either in halves or thirds. With such medications, a good split will give you half the dose of a whole tablet. They do make "pill cutters" to help people with this.

Sometimes a drugs will cost the same no matter the strength, in which case cutting the pills in half doubles your money's worth. But there are issues,

It assumes you can consistently get a good cut. This is not always the case, If you have one "half" visible larger than the other, it will have proportionally more if the dose. It also assumes that the tablets you are cutting are homogeneous - having the same concentration of drug throughout. Some people are not capable of getting a good cut, and nobody gets a good one 100% of the time

Then there are the cases where this should be avoided. There are some drugs, where the range between too little, just right, and not enough is very small. For most of these drugs, pill splitting is not recommended.

The second case is when the contents are NOT homogenous. Such medications are usually made in such a way that the release of the drug is delayed. There may be a coating designed to be worn away. there may be several layers. At least one is deigned to be like fizzy candy, with the drug slowly spurting out of it like air out a balloon flying through the room.

Some drugs have a coating designed to protect your stomach, and splitting hem ruins that protection

Such medications are often indicated by a couple of initials after them, such as SR = Sustained Release, ER= Extended Release, XL, XT, etc. But this rule of thumb is not absolute. One example is the brand name-K-Dur, which is made out of Potassium chloride suspended in a waxy compound. Even though it is a sustained release, it can be split with no problem.

Splitting a product which is designed using such methods causes "dose dumping." Rather than getting a slow release of medicine through the day so that you have the right amount working in you at any time, you get a huge spike of too much, followed rapidly by hours of too little.

Any pharmacist or doctor should be able to access the information to tell you if a particular tablet can be split or not.

For tablets which can be split, the corollary scale upwards. On a practical sense, a tablet can only be reliably cut into a 1/2 or 1/4 tab before it is physically impossible to ensure you are splitting them evenly. 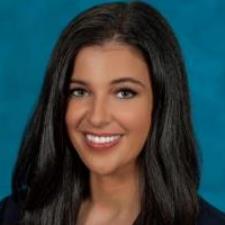 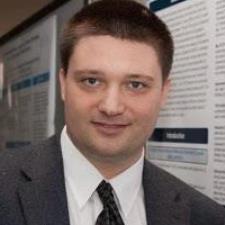