How are the sentences alike? How are they different?
1) In the skin at the tips of our fingers we see the trail of the wind; it shows us where the wind blew when our ancestors were created.
2) We see the trail of the wind, and it shows us many things.
I know that sentence 1 is a compound complex sentence but i dont know how to identify the clauses in it. For example, "it shows us" in sentence 1 is that an independent clause? and then would "where the wind..." be a dependent clause?
And are there any subordinate clauses?
Follow • 2
Add comment
More
Report

By:
A clause consists of at least a subject and a verb, but other elements may required in the clause depending on the verb. Take the verb show, which is illustrated in the examples you give; this verb has several meanings, and in some of them all that is required is a subject and a verb for an independent clause. For example, in the short reply It shows, perhaps in response to another person's statement "I really know this stuff," the subject is the pronoun It and the verb is of course shows, and the utterance is a complete sentence by itself, i.e., an independent clause.
But in other meanings, the verb show is transitive, i.e., it requires a direct object. For example, if the question What does it show? is asked, the reply could not be simply *It shows; in this meaning of show, one must supply a direct object, either a noun or noun phrase, e.g., It shows my ignorance, or a (dependent) clause, e.g., It shows where you go (sometimes reduced to an infinitive phrase, e.g. It shows where to go). Note that where you go is also a clause, albeit a dependent or subordinate one (in my experience, the terms are used interchangeably), since it has a subject, you, and a verb, go.
Further, with the transitive use of show we can often include an indirect object to indicate to whom or for whom the showing is done. This is the case in your two example sentences since both feature us being used as an indirect object in the clauses whose main verb is shows.
To answer your first question then, actually it shows us in sentence 1. would not be an independent clause by itself since the meaning of shows here requires a direct object (that is, again us is only the indirect object, i.e., something is being shown to us), a role which is fulfilled in the actual sentence by the subordinate clause where the wind blew when our ancestors were created--which, relevant to your second and third questions, consists of two subordinate, a.k.a., dependent, clauses: where the wind blew and when our ancestors were created, the second embedded in the first and functioning there as an adverbial of time.
Now, perhaps your teacher is using dependent clause and subordinate clause to designate different types of clauses and if so my apologies, but again I think these terms usually mean the same thing.
Upvote • 0 Downvote
Add comment
More
Report

How do I get rid of Writer's Block? 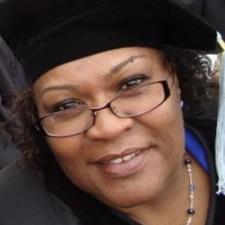