Acetate has a a minus -1 charge, and platinum has a +2.  I need 2 acetate atoms to balance out the charge on the platinum.

Does that make sense?

Well if you know that acetate is a polyatomic ion with a -1 charge, this should be at the end of the of the chemical formula X C2H3O2 -1, where X is the positive charged ion.  The positive charged ion is, in this case platinum, here that ion looks like Pt +2, we can see that it is plus two (2), because of the stock number platinum (II) acetate. Thus when you put these two ions together, you have the metal ion, Pt+2 and the non-metal ion C2H3O2 -1 combine to form Pt(C2H3O2)2, we put the acetate ion in parenthesis because it is, as mentioned, a polyatomic ion, so we Need to put that ion in parenthesis.

Stephanie is correct. I only wish to add to her answers. The +2 charge on platinum is indicated by the oxidation number in "Platinum (II) Acetate." The roman numeral II (2) indicates the oxidation state of the platinum.  There are other oxidation states possible, such as +4 and -2.

The structure of an acetate is hard to draw here. You can think of it like this: CH3-COO-, where one carbon has bonds to 3 hydrogens and to the other carbon. The second carbon is bonded to two oxygens. Usually this is represented as one double bond to an oxygen and one single bond to the other oxygen with a negative charge on the single bonded oxygen. The negative charge is actually stabilized by resonance of the bonds so it is also appropriate to represent each oxygen as having a 1.5 fold bond to the carbon, with the negative charge delocalized between them. In any case, it is the oxygen containing end of the 2 carbon acetate chains which point toward the platinum ion. These can be thought of as ionic attractions but since platinum is a transition metal, it is better to call them coordination bonds since it will most likely be d orbitals from the platinum that are bonding.

VSEPR theory predicts that the 4 lone pairs and the 2 coordination bonds of the platinum (II) acetate complex would have octahedral geometry, with the two acetates occupying opposite poles, giving the overall complex a linear shape: 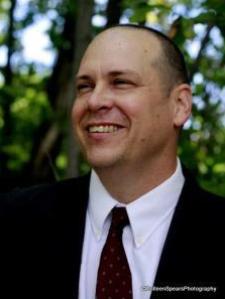 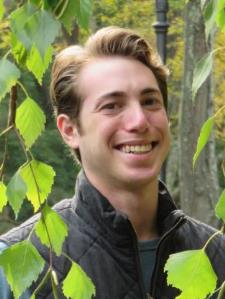