if there are only 26 letters of the alphabet, how is it possible that there are 44 sounds in the English Language?

A phoneme is a speech sound. It’s the smallest unit of sound that distinguishes one word from another. Since sounds cannot be written, we use letters to represent or stand for the sounds. A grapheme is the written representation (a letter or cluster of letters) of one sound. It is generally agreed that there are approximately 44 sounds in English, with some variation dependent on accent and articulation. The 44 English phonemes are represented by the 26 letters of the alphabet individually and in combination.

There are more sounds than letters, because the same letter can make a number of different sounds and letter combinations can create even more sounds. Also, letters are for spelling and sounds are for pronunciation; these are two very different features of language.

There is a difference between sounds and letters. While there are 26 letters (or graphemes) in the alphabet, this is different from the phoneme.

A phoneme, is the sound that a letter makes. While most letters only make one sound on their own, all five vowels make both their long and short sounds. C, g, and s can make two different sounds. This depends on the word that they are being used in.

Also, there are different letter pairings within phonics that create different sounds as well:

Trigraphs: three letters brought together to make one sound: tch and dge

R controlled vowels: the pairing of r with each of the five vowels that results in a different sound. Examples: ar, er, ir, or and ur.

Some letters such as a make 5 different sounds: apple, apron, watch, about, ball.

26? That's modern history. But ancient history up to even the 17 century English had 27 letters. The 27th, the last letter wasn't z, it was et or &, the ampersand, which meant "and." It used to be letter. It's a lot like Pluto being dethroned, demoted as a planet. Now, the English dictatorship of writing won't even allow it as a word or letter.

Real question though is how was it pronounced? It started out as the combination of e and t, then slowly evolved into an 8 like character finalizing as &. Like watching a lion, king of the beasts, devolve into a vestigal house pussy cat with no bite left A cat that even the mice no longer fear.

Meanwhile Greek has 27 letters, most translate to the English letters. Although Muslims liked that C letter instead of the Greek, alpha beta, gamma beginning trio. One Greek letter for each book of the New Testament Bible.

Sounds are a combination of letters. You can't pronounce a word or syllable without at least one vowel. There are no English words without at least one vowel. a, e, i, o, u and sometimes y. they have more than one sound, long and short a, like fare or father. i can sound like dime or dim, different sounds. o like loan or Lonnie. e like cream or den. u like dumb or use. oo is like u, doom. That's sounds = over double the number of vowels. Th can be like teeth or these, different th sounds.

Every language also borrows words from other languages, bringing even more sounds with them, for the same letters. English in New York, Boston and Alabama have very different sounds for the very same letters or words. Grease has an s sound for most states. In the Deep South Grease has a z sound for the s. In fact expert linguists can tell which states you've lived in, just by hearing you pronounce a list of about 20 English words. You mimic the people around you, changing your pronunciation to fit more closely those you're near. It almost caused a major international problem when Bill Clinton pronounced "Kosovo" in former Yugoslavia, as it seemed to imply he was siding with one side over the other.

A phoneme is the smallest unit of spoken sound in the English language. There are 44 phonemes, so basically there are 44 spoken units of sound. There are some letters that make more than one sound- for example, "C" can make a hard sound like /K/ or a soft sound like /S/. Or vowels can be short or long. Additionally, some letters work together to create one sound such as the digraphs "sh" and "wh". These different letter sounds and letter combinations make the 44 phonemes in our spoken language.

What does "phonetic alphabet" mean?

What is an onomatopoeia?

What is an example of a morpheme?

What are some examples of phonology?

What is the Orton-Gillingham method? 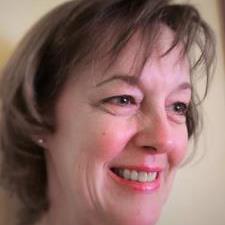 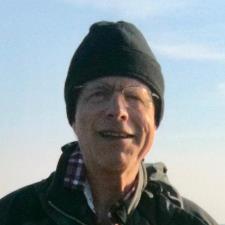