Why do you think that certain characters Die in the Great Gatsby? Like Gatsby and Myrtle?

Not just about how they died but through their actions why do you think they might have died.

I think that Myrtle's death is significant, because it shows us that in the United States, wealthy and privileged people (like Tom and Daisy, for example) have the luxury of making reckless decisions and not having to face the consequences of their choices. An underprivileged person like Myrtle, however, is in constant danger of losing everything that she has. I mean, she can't even talk about Daisy in front of Tom without the threat of physical violence! Someone like Daisy, on the other hand, is at liberty to ruin someone's livelihood (or in this case, someone's life) with no negative repercussions to speak of.

Jay Gatsby's death is significant, too, because it underscores the difference between "new" wealth and "old" wealth. The ideal of American capitalism dictates that we live in an egalitarian meritocracy. In other words, the best, brightest, and hardest-working Americans have the ability to earn a decent living wage and eventually rise to the top. However, this is a far cry from the reality of economics in the United States. In the U.S., well-connected people who were born into wealth (such as Tom) have a much higher chance of sustained success than someone with an underprivileged upbringing (like Jay Gatsby).

How do I make these sentences sound better through better word usage?

In the book Into thin Air by Jon Krakauer, what is the purpose of his comparison and or contrast between Rob Hall and Scott Fischer

We are going into logarithms. Some of you know what logs are so it should be easy what is the assumption? 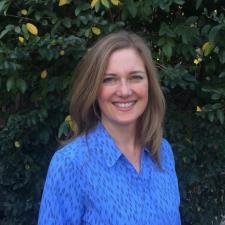