In the 400s the Roman Empire was in a golden age. Invaders attacked the empire, trade declined, and to series of weak emperors ruled.

i just want to know is this true or false . if these is false this should be explain why is false and give the answer
Follow • 2
Add comment
More
Report

By:
It is FALSE.  The Roman empire was in decline long before the 5th century AD.  The golden age actually ended with the reign of the emperor Marcus Aurelius in the 2nd century AD.  He was the last of the "good" emperors.  After his death, Rome went into decline, and never recovered.  With a few exceptions, the successors to Marcus Aurelius were weak emperors.  Furthermore, invaders had been attacking the Roman empire for a very long time before the 5th century.  For example, the Visigoths invaded Italy during the 4th century, and did a lot damage and sacking.
Upvote • 0 Downvote
Add comment
More
Report

Vijay the plumber put in an new bathroom for us. he charges 2200 pounds plus 17 and a half percent VAT. what was the total we paid?

this started the columbian exchange. what was it?

when did the voyages of columbus occur

effect on cultural attitudes have toward learning... The Renaissance 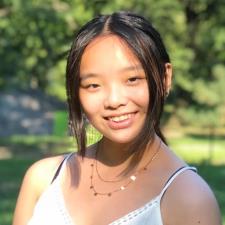