Why isn't there a classical composer like Beethoven, Chopin or Mozart today?

Why there aren't composers writing in a classical style today? Why don't we hear of classical composers today like we do of Beethoven, Chopin or Mozart?
Follow • 1
Add comment
More
Report

First, there are a couple definitions of classical music. One is an overarching, general definition that has basically come to mean music of the past, especially within the time of composers like Beethoven, Mozart, Chopin, Brahms, Bach, etc. There is a much more specific definition of classical music that refers to a specific musical era (approx. 1730 (the death of Bach) - 1820 (Beethoven)). This definition fits in a list of musical eras based on year and style changes: Medieval, Renaissance, Baroque, Classical, Romantic, Modern, 21st Century (the last two have a myriad of subcategories).

Second, modern classical composers use a wide range of styles to compose. Some work within the styles of the various eras but those are classified either in a modern category or considered neo-classical (or neo-baroque, neo-romantic, etc.). Others work with atonal or experimental styles. One of the characterizations of current "classical" music that differentiates it from other eras is that almost anything goes.

Third, historical classical music was the popular music of the time, while today we make a distinction between popular music and what we think of as a classical style. You would never hear a modern classical composer on a top 40 radio station so it sounds very different than solo piano repertoire or a large orchestral work.

Music of every era is going to sound a little different than the others while also including some similarities.

Here is a very short list of some 21st Century piano composers within my personal experience (Google will offer more):

When we talk about "classical" music, we are mainly referring to a specific time in history. Beethoven and Mozart belonged to the Classical Era of music, which broadly encapsulated the 18th century, Chopin was composing in what we refer to as the Romantic Era, or broadly the 19th century.

We sometimes refer to all composers of symphonic and chamber music as being composers of "classical" music regardless of the time in which they lived. For example, we might still hear Chopin called a classical composer even though he lived during the Romantic era.

So, there are two answers to your question: first off, well there aren't any classical composers today because nobody from the 18th century is still alive. But, if you are talking about stylistically Classical, then there most certainly are composers of that type of music around today. There are still many people composing music for the opera, or for the orchestra or chamber ensembles that we could say fall under the umbrella term of "composing classical music." In the 21st century there are about as many styles of music being created as there are stars in the sky! 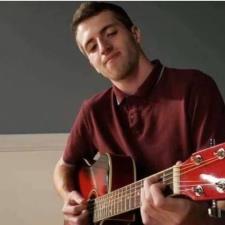 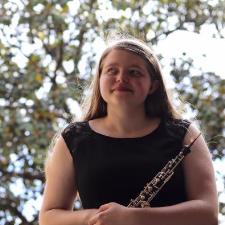