How do you construct a major scale?

Start w/ the first note of the scale, then use the intervals for each pitch to move on the next notes(s).

Continue up the scale using this method. I will help you online in conversation...

There are several ways to think about constructing a major scale.

(This method has draw backs and can be confusing for people who do not know piano, whole steps refer to note spacing on the piano)

The pattern WWHWWWH is used to describe how you add each note on.

The better way to think about a major scale is using Major 2nds (M2) and Minor 2nds (m2).

The pattern to build scales with this is MMmMMMm.

This method is superior because it translates to all instruments and is describes how you would write the notes on staff paper.

Finally, if you understand all of these and want a quick way to write major scales you can think about the number of sharps and flats in the Major key signature. To use this method first write all of the notes out on your staff paper (don't use any accidentals except for your first note), starting with the first note of the major scale (scale degree 1). Then write 7 more notes, each note a second away (they should all be right next to each other). Then figure out what notes are sharp or flat in the major key signature, and apply that to the notes. This is a more advanced method and requires lots more musical theory background. Refer to how to determine key signatures to learn more about this method.

No matter what note you start from to construct a major scale, you would use this specific pattern to navigate your way up the scale:

So, If you started from Bb to create a major scale, using W W H W W W H would have you use these notes:

or perhaps an easier one to visualize would be from C:

One way to think about constructing a major scale is to keep in mind that every scale has twelve potential Intervals (distance between notes) in each octave, which is the distance from one note to the same note in the next register (either higher or lower). For example, C4 (Middle C) to C5 (up 1 register). Half steps are also known as semitones or half tones and are the smallest musical interval in Western tonal music. Each note is one half step away from the previous note and the following note. Playing every note in the chosen octave (for this example, we'll stay with C4 to C5) is called a chromatic scale.

The following symbols are called accidentals:

A major scale varies between half steps and whole steps (2 half steps).

The specific note names will change depending on the key of the scale, for example a Bb Major scale or an F# Major scale, but the sequence of Whole-steps and Half-steps will remain the same.

All scales follow a formula like a math equation or recipe! All types of scales consist of 8 notes. The major scale follows this formula:

You can follow this same formula starting on any note to find any major scale… :-) 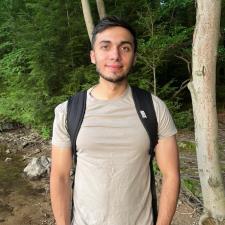