Need help with this

How do the three branches of government work together or against each other to protect the rights of the governed?

In Federalist #51, James Madison explained the theory of checks and balances. The key idea is the part in bold italics.

"But the great security against a gradual concentration of the several powers in the same department, consists in giving to those who administer each department the necessary constitutional means and personal motives to resist encroachments of the others. The provision for defense must in this, as in all other cases, be made commensurate to the danger of attack. Ambition must be made to counteract ambition. The interest of the man must be connected with the constitutional rights of the place. It may be a reflection on human nature, that such devices should be necessary to control the abuses of government. But what is government itself, but the greatest of all reflections on human nature? If men were angels, no government would be necessary. If angels were to govern men, neither external nor internal controls on government would be necessary. In framing a government which is to be administered by men over men, the great difficulty lies in this: you must first enable the government to control the governed; and in the next place oblige it to control itself.

The idea of checks and balances is that power is divided and everyone will jealously guard their turf. There are some other specific protections written in the constitution as well: Congress controls government spending, treaties, confirmation of appointees, and declarations of war, for example.

So some examples include: many states have established "separate but equal" (i.e., segregated and most definitely not equal) schools and the Supreme Court in Brown v. Board of Education and other decisions declared such measures unconstitutional. Congress extended civil rights protections a decade later with the Civil Rights Act of 1964 (banning segregation in public accommodations) and the Voting Rights Act of 1965.

Another example: the 6th amendment guarantees right to counsel to the accused. But this was often interpreted to mean that, yes, if you hired a lawyer that lawyer could indeed represent you. The Supreme Court made two major decisions to expand this right. Gideon v. Wainwright said, in essence, it's not much of a right if people who can't afford a lawyer don't get representation, so it required the state to provide a lawyer to people who can't afford one. Then in Miranda v. Arizona, they said but, yeah, if the police hold you for hours and get a confession out of you and then say "ok, you can talk to your lawyer now," again, it isn't much of a right. So that's where the "you have the right to remain silent" "Miranda warning" came from.

There have been times (the period from the end of Reconstruction to the 1901 inauguration of Teddy Roosevelt, for example) where Congress dominated relatively weak chief executives and times (the presidency of FDR, the "imperial Presidency" period from JFK through Nixon) where the president dominated Congress. But in general, checks and balances has worked reasonably well and prevented any branch of government from becoming too strong.

Do you agree that this " american anti poverty efforts have been disgracefully inadequate"? 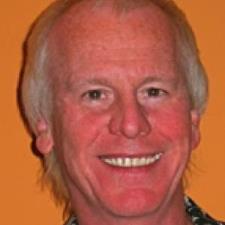 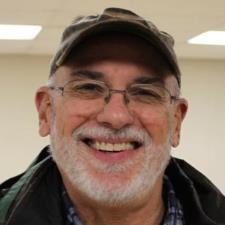