Is it true that there is something called "the devil in music", or "diabolus in musica"?

Yes, the infamous, unsettling Tritone interval. The early church fathers set up guidelines as to how music for the church should be written. They pretty much all agreed that the music should be uplifting and pure, raising the mind to higher planes and God. How to do that took a lot more discussion. They sort of arranged all the various intervals into better and worse. Initially, at least in some places, composers were limited to using 1st, 5th and Octave intervals as their sounds are the most pure (of consonant as we would call it today). At the opposite end was the Tritone, which is the most dissonant and unsettling of intervals. Of course, this range of allowed intervals was dreadfully restricting to the art of composition and it was not too long before they convinced the church fathers to also allow 3rds and 4ths and even eventually 6ths, but the Tritone has never been officially allowed.

Another place that one hears about the devil in the music is older generations about the music of younger generations. Today, it is not as prominent a theme as in yesteryear. Today, we have so much variety, that people have taken to picking and choosing what they like and more or less ignoring what they don't. But, that has not always been true. I've seen references as old 400 or 500 years old, where parents and their contemporaries are essentially saying "oh, this new music, groan...". When Rock & Roll and the styles that lead into it arrived, dancing, which in public had been mostly formal and with preset steps (at least in the western world) became much more energetic and free form, often with sexual undertones (or very direct ones). Folks from the previous generations bemoaned the loss of decency and morality and blamed it on the "wrong" music, the "devil's" music that their children were hearing. Of course, based on my research, that's been a common theme by older generations, "In MY day, we....", going back literally thousands of years. Hmmm. I actually have a dictionary from the early 1900's that states under Popular Music: "Music in which notes, rhythms and phrases are repeated so often, as to be vulgar". sighhhh.

Yes ... One of the musical intervals was once called the "diabolus in musica", and was avoided by early composers due to its discordant nature. But it is apparently not true that it was ever banned by The Church, as rumor would have it.

The interval is 3 whole tones, or 6 semitones, such as C-to-Fsharp or F-to-B. It comprises the first 2 notes of a famous show tune, "Maria", from L Bernstein's West Side Story. 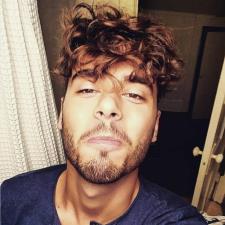 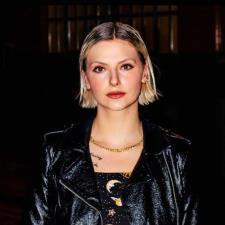