How to find the volume by given radius and the angle only?

A curved wedge is cut out from a cylinder of radius 9 inches by two planes. One plane is perpendicular to the axis of the cylinder. The second plane crosses the first plane at 45 degrees angle at the center of the cylinder. Find the volume of the wedge
Follow • 2
Comment • 1
More
Report

By:
Carlos,
In order to solve a problem like this, you need to do the following in order:
1) decide if there are any special conditions likely to apply that would require special solution formats (that's what Mark M. is asking above, i.e. could the second plane run out the end of the cylinder before it runs out of the wall of the cylinder) -- a possibility, but generally you would just note that possibility, then solve the simpler case below
2) you would also assume that only one of the two identical wedges created by the two planes is what you need to solve
3) set up the simpler case as a multiple slicing problem. Here, the wedge is further sliceable with additional planes parallel to the axis of the cylinder. "Slice" it mentally into a set of such slices. Note that these slices "start" initially (for the first slice) at the diameter line of the cylinder and progressively move (on successive slices) to start further and further away from that diameter. Each slice runs from its start, all the way out to the edge of the cylinder.
4) Now, each thin slice as in (2) above has a specific shape -- a portion of the circle (area) external to its "beginning" secant chord. That slice has an area expressable as a function of the distance from the circle center to the center of the secant chord; obtain that from the general equation for the circle x^2 + y^2 = 9^2 [hence, from x = + or - (9^2-y^2)^0.5] by integrating from the secant chord outwards to the edge of the circle. You are therefore performing a secondary slice type on each of the first slices of (2); essentially, you are adding the lengths of each secant line = 2*(9^2-x^2)^0.5 (each secondary slice is an infinitesimally thick "piece" of secant chord line) as you progress from the start of the slice to the end of the slice. I'll let you obtain the proper form for this integration step!
5) You now have an expression for the area of the individual slices, in terms of where each starts (an integration in the x dimension only). Next, add these expressions up over the set in (2) -- i.e., integrate in the second dimension z, along the cylinder axis. The slices comprise a set with thickness (at the outer edge) of 9 inches, since the angle between the 2 bounding planes is 45 degrees.
6) If you've done your integrations correctly, you'll now have a double integration expression in only z, that you can apply over the appropriate range for your answer.
Let's review. For an integration of any volume, you need to slice it in two perpendicular dimensions, solve whichever first integration is easier to calculate or more intuitive to grasp, and then solve the second integration. If you have a problem that gives an expression only, check by throwing in some trial data and solve to see if your value(s) is reasonable. Since you have a numerical result here already, you might check to see if it is reasonably close to that of an approximately analogous volume, say, 1/4 the volume of a 9" long 9" diameter cylinder.
Upvote • 0 Downvote
Add comment
More
Report

a cylinder has a surface area of 402 cm^2. The height is three times greater than the radius. What is the height of the cylinder?

A cylinder of radius 6 cm and height 18 cm is full of water. What must be the height of a cone with radius 9cm to hold the same amount of water?

Can anyone help me on few of these problems on on this Measuring Area & Volume study guide?

Can anyone help me on my Volume Practice Worksheet? 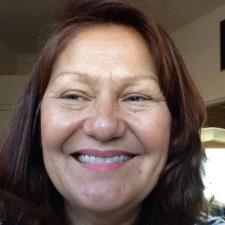