Audiation: dealing with key changes when you hear in terms of solfege?

So, I'm a musician who believes very much in the value of audiation: that is, not only hearing pitches in my head, but also hearing them in terms of both the current harmony and the current tonal center. I learned to do this by hearing in terms of moveable-do solfege syllables, so for example if I'm hearing a blues on the radio I'll hear the bass line moving from do, to fa, to do, to sol, then to fa, etc. This works really well for me when the tonal center in question is pretty stable, even in the presence of chromaticism, and I've practiced it to the extent that I can compose homophonic four-voice harmonic progressions as well as various species of counterpoint exercises (in two voices) in my head when I'm on the train or before I go to sleep. My question concerns how to audiate melodies and harmonies when the tonal center changes rapidly, either because of a rapidly modulating tonal center (like you see in early Schoenberg) or because of a brief tonicization of a secondary harmony. In music school, I was a big fan of Schoenberg's "Structural Functions of Harmony," which puts forth a pretty expansive notion of how even remote key areas still relate to the governing tonic of the piece, and so it's tempting to try to understand such passages in terms of the "original" key, using chromatic solfege syllables (e.g. I'd hear V/V in C major as re-fi-la, with "fi" being the solfege syllable for #4), but this becomes very difficult when relatively remote chords such as the major chord on the seventh degree are tonicized. On the other hand, it feels naive to "switch keys" in my head to whatever chord is being tonicized in the moment, and is moreover a difficult thing to predict when attempting to sight-read/sight-audiate a harmonically complex piece. Given all that, I suspect there are three potential answers to my quandary: 1. Just get better at conceiving tonicizations and brief modulations in terms of the "home" key of the piece, using the relevant chromatic solfege syllables. 2. Use the solfege syllables relevant to the tonal center being tonicized, while reading ahead to predict what exactly that tonal center might be in cases where it's initially ambiguous. 3. Stop hearing solfege syllables internally as a means of understanding the relation of any given pitch to the chord or the tonal center in favor of some other approach. I vaguely suspect that option three is the likely answer, since I assume that a lot of musicians that are effective audiators even in the presence of rapidly changing harmonic contexts and tonal centers (like post-bop jazz players) don't hear tones in terms of solfege but still understand them not just as a sensory phenomenon but also in terms of their relation to the harmony and the key. I'd love any insight into the matter.
Follow • 1
Add comment
More
Report

Good question, very long and well constructed. My answer will be shorter. I think you partially answered your own question in your list of 3 ideas, but I would add that it's important to think intervallically as well as solfege, especially in music that modulates alot or is just simply nontonal. When there is a clear modulation it is highly recommended to switch to the new "do", and if it is a tonal piece to understand it's relation to the global tonic. The problem you may be facing is in music that is tonal but nonfunctional. For example "Giant Steps" by John Coltrane, the chord changes are BM7-D7-GM7-Bb7-EbM7-Am7-D7- GM7.... All of these chords are normal chords that could be found in Bach, but it's the order (or syntax) that makes it sound nonfunctional. Arguably this piece is in Eb major, and if you were think of it in roman numerals bVI-V/III-III-V-I-(ii-V)/III-III......it's a bit too complicated for people's liking, as it practically modulates every bar to one of 3 keys (I, III, or bVI notice the major third cyclic relationship). As a jazz musician and improviser it's better to think of this progression intervallically. Short answer is that it depends on the music you're playing, but it's always good ear training to think both intervallically on in terms of solfege. 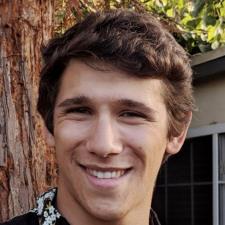 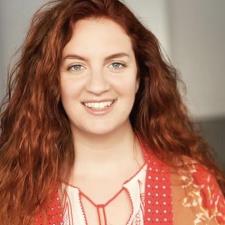