I have re-discovered several of my old compositions from several years ago, and would now like to work on/finish them. Unfortunately, they are in MIDI format written in a very "un-arranged" manner, i.e., big chords with 6 or more notes played with *String Ensemble 1* or *2*, or *Synth Strings*. At the time of composition these had the advantage of quickly yielding the desired results, without the hassle of arranging for individual instruments. Now I would like to finish these projects by arranging them correctly (i.e., converting the large MIDI symphonic chords into bass, viola, string sections, ...). Eventually, I would like to "render" the arrangements using some musical software such as Garritan Personal Orchestra, and later perhaps hire musicians for a recording performance. However, the process of transcribing a 20+ minute piece note by note to the correct instruments (bass, viola, violin section(s), leads, ...) is tedious to say the least. Moreover, it entails various potential issues, such as: - Potential errors: it is likely that the "robotic" arrangement of large MIDI chords results in out-of-range notes for certain instruments due to human error (i.e., notes that are too high for the bass, too low for the violins, ...), - Doubling notes: in some cases it is advantageous for the bass to double notes played by the viola, and vice-versa. These are very time-consuming to analyze and write for thousands of notes. Finally, the couple of minutes of the score I managed to arrange **does not sound** satisfactory, i.e., it does not sound "as rich" as the original midi composition, with the large chords played by the *String Ensemble*s and the *Synth String*s. My questions are thus the following: 1. How do I efficiently transcribe/arrange such a MIDI piece into a "usable" composition, arranged correctly for a full string section involving basses, viola, violin sections, and leads, that preserves the "rich" sounding of a full MIDI chord? 2. How do I do this efficiently for a long composition, requiring the least amount of robotic "manual" work? Is there perhaps an automated solution for this, i.e., some software package?
Follow • 1
Add comment
More
Report

I don't have any knowledge of software that could part-out your large chords, but I can share with you how I would approach a project such as this one. First of all, I would definitely start by importing the midi information into a single track in protools. There is an automatic harmonic analysis tool there that will aid you in identifying everything if you don't feel like going through it manually and labelling everything yourself. As far as dividing the parts out, I would use the multiple select tool within the midi editor to highlight only the top notes of all the chords, then I would CUT or COPY them out of that midi file and paste them into a NEW midi file. Then, I would rinse and repeat with every following voice of the original "chord" file, creating new midi files for each individual line. At the end of the day you should wind up with six separate midi files, each representing one monophonic voice from your original large polyphonic chord track. Once you have these "voiced" midi files, copy them out onto six separate midi tracks, each playing a different instrument and you can play it back and get an approximate feel for how it will sound. At that point you have a good foundation to start the true arrangement process, which cannot really be done automatically. There isn't really a way to tackle a project such as this without devoting a good amount of time to it... this is why arrangement can be pretty difficult! So, in order to make things more manageable, I would also consider dividing the original file into smaller chunks. You mentioned that your piece is about 20min long... and there are probably distinct portions of the original that could represent movements in your piece. Use those markers as cut points and take on one section at a time. After you have that basic starting arrangement you can identify the places where things sound less "rich" like you mentioned above, and add other parts as needed. This will also help your final arrangement - you don't want an orchestral piece to be a string section chugging along for the entire duration. Employ woodwinds and brass and percussion to keep things fresh and organic, and you will avoid falling into a stale sonic rut. Listen to the masters... obviously Beethoven and Mozart but I find that the work of Ravel is a really good example of the range of color one can achieve with an orchestra. Take a look at Miroirs, specifically "Une barque sur l'ocean" - which Ravel orchestrated himself. He did essentially the same thing you are doing now. He started with a solo piano piece (you are starting with a single track of compiled midi information) and expanded it for the entire orchestra. The result is an incredible work of arrangement, and at the most basic level informs us that there is no way to simply devote one line from a solo piece to one instrument in an orchestral piece. Individual parts are never handled in total by single instruments. The string arpeggios playing the original left-hand arpeggios in the piano version are written differently, and several different instruments trade in playing those parts for varied effect. The "feel" of the arpeggios is retained, but also crafted to each specific moment using the tools of orchestration. Melody lines are shared by different instruments, a single line may begin with clarinets and then finished with trumpets or oboes. So in your case having those separate midi parts will only be the first stage in creating a rich arrangement - you may find that other instruments coming in and out may be able to convey a single line more effectively. Also, doubling of parts in different orchestral parts produces different harmonics and contributes to the overall mix. Ravel understood this very well and added such instrumentation frequently, so in your case just because a certain note exists in the arrangement already does not mean that it shouldn't be repeated in another part for added effect.

Yes, it's a lot of work, but if your final goal is to have a live orchestra record the piece then you would do well to flesh out as much of it as possible on your own before getting to that stage! By using a DAW you can at least get a feel for what your final goal is. Another great advantage to working like this in Protools is that it is seamlessly integrated with Sibelius. So once you have all your midi information slayed out properly, you can pop out a traditional score in Sibelius so that real musicians can play it easily. Also, you will be able to add expression and nuance markings to your hearts content after all your notes are in place. Hope the helps! 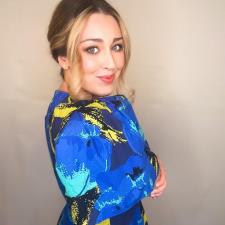 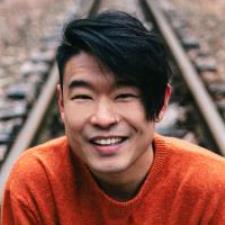 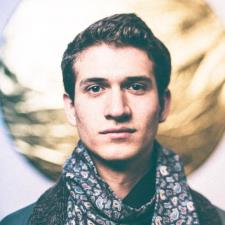