Given that PQRS is a quadrilateral, prove that the sum of its interior angles is 360o.

Proving Quadrilaterals Are Parallelograms In the previous section, we learned about several properties that distinguish parallelograms from other quadrilaterals. Most of the work we did was computation-based because we were already given the fact that the figures were parallelograms. In this section, we will use our reasoning skills to put together two-column geometric proofs... read more

Properties of Parallelograms The broadest term we've used to describe any kind of shape is "polygon." When we discussed quadrilaterals in the last section, we essentially just specified that they were polygons with four vertices and four sides. Still, we will get more specific in this section and discuss a special type of quadrilateral: the parallelogram. Before we... read more

Polygons Before we get too caught up on the excitement of quadrilaterals, let's take time to learn the names and basic properties of different polygons. Polygons are two-dimensional, closed, plane shapes composed of a finite number of straight sides that meet at points called vertices. Triangles, which we have already learned about, are one type of polygon. In this section we will... read more

Areas of Rhombuses and Kites

Areas of Rhombuses and Kites Although a rhombus is a type of parallelogram, whereas a kite is not, they are similar in that their sides have important properties. Recall that all four sides of a rhombus are congruent. Kites, on the other hand, have exactly two pairs of consecutive sides that are congruent. This characteristic of kites does not allow for both pairs of opposite sides... read more 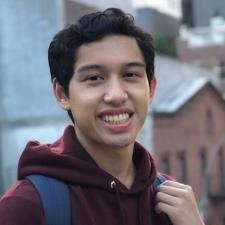