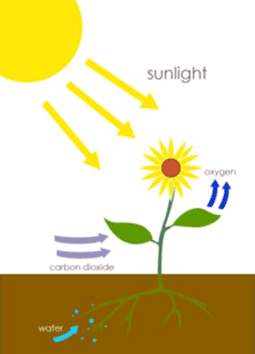 When we think of all the different sources of energy available to us, the Sun stands out to be the primary source of energy to our planet. Sun light, which is a form of electromagnetic energy, is essential for a series of reactions that allow plants (and other photoautotrophic organisms) to create and store sugar molecules for energy. This process is called photosynthesis.

As you can see, these two processes are associated with one another. For instance, a photoautotroph (e.g. plants) undergoes photosynthesis during the day to store up an adequate amount of sugar. Whenever sunlight is not present, this stored sugar can then be used as a source of energy through cellular respiration. Now that you have a better understanding of this process, let’s look at the machinery that makes photosynthesis work.

This organelle is enclosed by an envelope with two membranes—an outer and inner—that serves as a protective barrier. Within this envelope is a dense, aqueous fluid known as the stroma. This fluid, similarly to cytoplasm within the plasma membrane of cells, contains important chloroplast structures such as the thylakoids. The thylakoids are flattened membrane structures where photosynthesis actually takes place within the chloroplast. These sac-like structures usually form stacks that are referred to as grana (singular = granum). 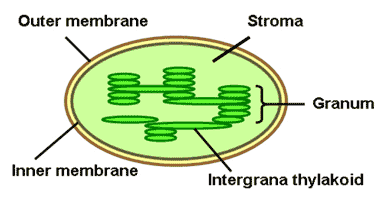 Photosynthesis is the process where light energy is converted into chemical energy so that photosynthetic organisms can make food for themselves. This process takes place within chloroplasts, which contain a green pigment called chlorophyll. Photosynthesis consists of two parts: a light-dependent reaction that converts light energy into chemical energy and the light-independent reaction that converts CO2 to sugar.

Sign up for free to access more Science resources like . Wyzant Resources features blogs, videos, lessons, and more about Science and over 250 other subjects. Stop struggling and start learning today with thousands of free resources!
Next (Light and Dark Reactions) >>
ScienceBiologyPhotosynthesis
Mark favorite