The cell membrane in animal cells is the outer layer of the cell. It gives the cell some structure and stability, while holding everything in. Imagine you go to the pet store and pick out some goldfish; they give you the goldfish in a plastic bag filled with water. This is our cell. The bag is the cell membrane, very fluid, but it keeps all of the contents inside. The water would be the cytoplasm and the cytoplasm has all of the organelles inside, like the fish. 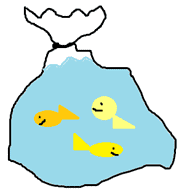 In a plant cell, the cell membrane is surrounded by another layer called the cell wall which gives the cell more structure and stability. Now, you get the goldfish home and put them into a fish tank. If you were to put the bag the fish came in into the tank, this would be like a plant cell. The tank is now the cell wall. 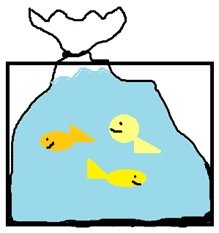 The cell membrane is made of a phospholipid bilayer. This is a very fancy way of saying that it has two layers, or parts, made of phospholipids, which have phosphate “heads” and lipid “tails”. The structure is a bilayer because lipid tails are hydrophobic, meaning they do not like to be in water, which is what surrounds the membrane on both sides. The tails come together in the center to escape the water and the hydrophilic phosphate heads (that like the water) surround the tails on the outside.

The cell membrane is semi-permeable, which means that only certain things can move in and out of the cell. There are sensors, in the form of proteins on the outside of the cell membrane that act as guards at the gate to the cell, and if you don’t have the right ticket to get in, you cannot enter the cell. 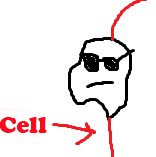 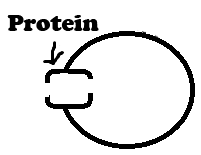 There is a specific type of active transport called endocytosis, where the cell membrane forms around the molecule and creates a “pocket” for the molecule. This can be used for very large molecules, or other cells through phagocytosis (cell eating). It can also be used for smaller molecules or ions through pinocytosis (cell drinking). Cells can also get rid of thing from inside the cell by making a pocket and sending it out the membrane, this is called exocytosis. 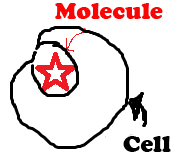