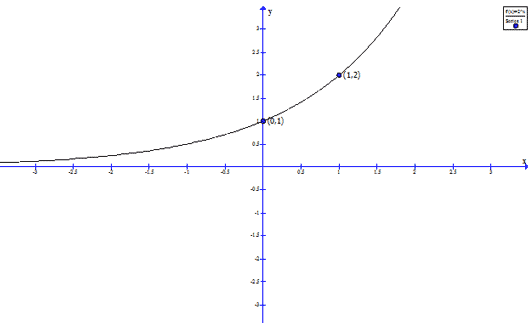 For this particular example the function is f(x)=2x. It is important to notice that this graph includes the point (0,1). In fact all exponential functions of this basic form will include the point (0,a). For any value of b≠0 it is true that a=a·b0. f(x)=2x can be written as f(x)=1·2x, so it includes the point (0,1). Because the independent value is often going to be t in an exponential function; this value, a, corresponds to the value where t=0. So we call it the initial value. Another easy to locate point is the value (1,a·b). This is because a·b=a·b1. The value b indicates the rate at which the value is growing. Because b is greater than 1 the function above represents exponential growth. If b is allowed to vary between 0 and 1 the function represents exponential decay. Exponential decay looks like this: 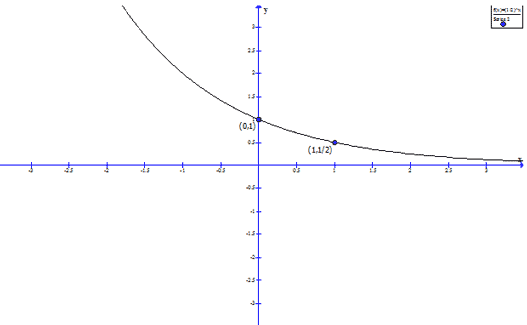 This function is f(x) = (1/2)x. You might notice that this is also the function of f(x) = 2-x. This means you can generate this function as a graph transformation of the original most "basic" function f(x) = 2x. Where you consider f(-x) = 2-x as a reflection about the y-axis.

Similarly, you might look at the graph transformation of f(x) = 2x into -f(x) = -2x, which is a reflection about the x-axis. 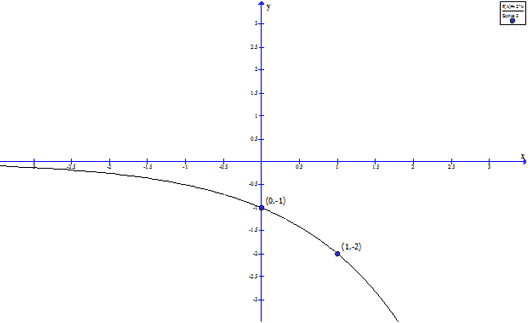 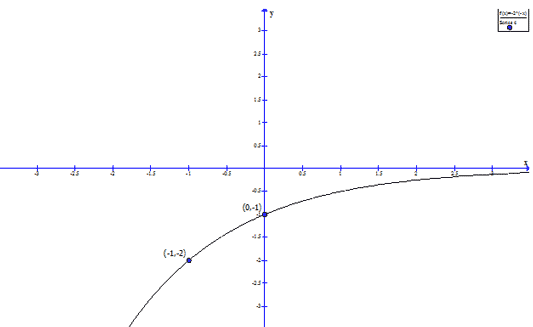 The advantage to thinking about them as transformations is that you only need to remember the graph of the most basic exponential function and you can find the others as graph transformations rather than memorizing them all.

For this problem you would start with the basic function:

Now to find b I also know that the function includes the point (1,400) so:

So the final function to model the growth of the bacteria is:

This means I can predict what the population will be in, say, three hours.

And another slightly more difficult problem:

Suppose I know the population of rabbits on an island is 50 to start with and 2 years later is 300.

Exponential functions don’t have negative base values so: