There are 100 cents in every dollar. Therefore, 100¢ = $1. We would never write 100¢; by the time you reach 100, you need to express the amount in dollar form, with a dollar sign ($). Also, cents can be written two different ways. First, they can be written as a number followed by a cents sign, like this: 25¢. However, cents can also be written with a dollar sign ($) and a decimal point (.), like this: $0.25 The cents would come after the decimal, and a zero would come before the decimal, to let other people know that you only have cents and no whole dollars.

There are specific names for each of the coins used in the United States. They are as follows:

You should also be able to recognize paper money. It looks like this:

Counting money is a task performed daily by many people. There are a few good tips for counting money:

Now, you can practice counting money using these tips. Look at each picture below, and count the amount of money in it. Then, check your answer with our answer.

How much money is this? 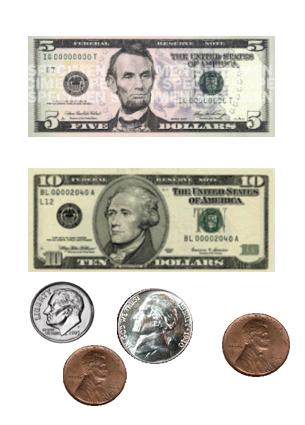 Let’s try another one. How much money is this? 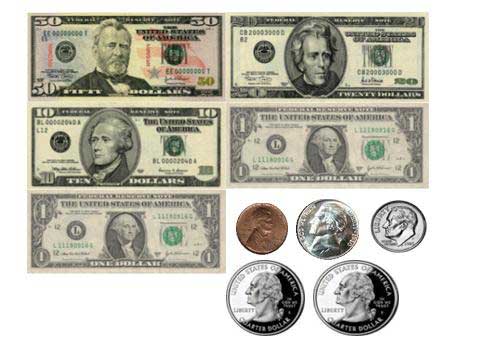 Now, let’s try one last example. How much money is this? 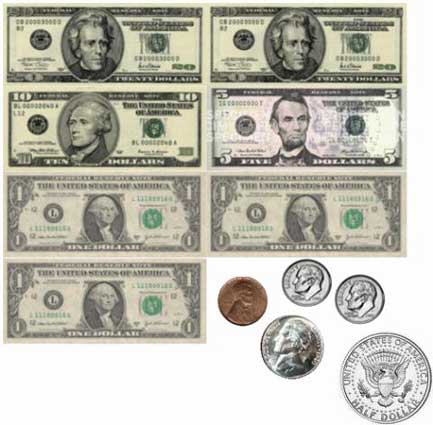