Hello students! Like everyone, I myself have struggled to learn Japanese Kanji. It's really difficult. There's so many parts, readings, and often meanings differ depending on how the character is used. Here are some tips for learning Kanji.   Learn Kanji through RADICAL           Radicals are the different parts of a kanji... read more

Konnichiwa! (Hello!) My name is Shige, and I am a Japanese tutor from Japan.  I was born in Nagasaki, grew up in some cities southwestern Japan, and eventually came to the United States from Kansai region in 2006. Since then, I have been teaching Japanese in Los Angeles for over nine years and have had many students with wide ranges of ages and Japanese proficiency. I can teach... read more

Konnichiwa! (Hello!) My name is Shige, and I am a Japanese tutor from Japan.  I was born in Nagasaki, grew up in some cities southwestern Japan, and eventually came to the United States from Kansai region in 2006. Since then, I have been teaching Japanese in Los Angeles for over nine years and have had many students with wide ranges of ages and Japanese proficiency. I can teach... read more

I thought I'd take a moment to share some of the resources I find most useful for beginning Japanese learners! I highly recommend you supplement them with a class or tutoring sessions, but please take a look. 1. Real Kana: http://realkana.com/   This is an excellent site for memorizing hiragana and katakana (the first step for any Japanese learner). It simply shows... read more

As a Japanese tutor, a lot of questions I hear are about kanji: What are they exactly? Why do I read them one way sometimes, and another at others? How do I read them? Do I really need to study them? How do I study them? Firstly, Kanji are Chinese-derived characters used in written Japanese to form nouns and the base of most verbs and adjectives. Many have a purely grammatical function,... read more

Hi, everyone. It's been a while, so I'm easing back into things with a nice, easy post. Many of my friends and students have asked me and each other "what are the best methods for learning Japanese? What do you use?" And so, I'm going to offer my take on some of the materials I have found most useful. Textbooks: The Genki Series: Perhaps the most commonly used textbook... read more

If you want to learn the Japanese "Nihongo",you came to the right track! My sessions can get you well on your way to learning how to speak, read, and write.  I will help you comprehend and communicate with Japanese.  We will start from Japanese alphabet (Hiragana and Katakana) as well as Kanji (Chinese characters), grammar, common words and phrases. Please... read more

How Do I Memorize All of THAT???

One question I get often deals with memorization, which makes sense.  There is a lot of memorization in any subject, but especially with Japanese.  New vocabulary and kanji are the two biggest examples I can give you.  Thankfully this is a short post.  To sum it up: I find a dual flashcards/sentences approach works very well for both instances.   The study of Japanese,... read more

Every beginning student of Japanese, myself included, has had trouble in one way or another with particles.  JOSHI, as they are called in Japanese, are "helping words" which we use to identify parts of speech, join clauses, indicate direction, mode and exclusivity.  Basically, they're the sweet little things that make Japanese cohesive rather than a jumble of words.  These... read more

Dear Students who are new to Japanese and interested in learning Japanese,   I have been tutoring Japanese on-line and my students love it.  My on-line lessons are inexpensive and convenient.  You can learn a lot in 8 basic lessons.  By the end of 8 lessons you can introduce yourself in Japanese.  I would like to promote my on-line lessons to the people who are... read more

This is normal right? It's not just me? Learning a language for real this time.

The pre-masu stem of Japanese verbs, technically called the RENYOUKEI (conjunctive form) is usually one of the first conjugations students of Japanese learn.  By adding MASU, which is technically a verb in-and-of itself, one creates a more formal utterance which shows respect to the audience.  MASU has no inherent meaning except to demonstrate this respect.   In this vein,... read more

Hard or Easy to Do

Expressing ease or difficulty in Japanese has two forms which divide the psychological and physical reasons whether or not something is hard to do.   The first, the psychological, is the pre-masu form plus NIKUI for difficulty. Tanaka no ji wa yominikui.  Tanaka's handwriting is hard to read (because I find it messy.) Be careful!  The adjective, MINUKUI ugly) sounds... read more

Wanting and Wanting to Want.

Desire in Japanese is very strange.  Since it is a private feeling, one cannot say that someone else wants something, but we have to preface it with they "appear" to want it, or something similar.  Additionally, there are two adjectives (not verbs) which are used to state this want.  The first is adding the adjectival -tai to the pre-masu form of a verb, and the other... read more

To Give and Receive

Japanese has many words for the concept of reciprocal exchanges.  This is fundamentally related to the concepts of hierarchy and in-group/out-group relationships.  I'll explain these concepts:   First of all, Japanese society retained their feudalistic system for about 300 years longer than the Western world in about 1868, and immediately the emperor was reinstated as the... read more

In my opinion, of the verb forms taught in the average Elementary Japanese class, te-form is perhaps the most important and flexible.  By using this form, it can boast one's grammatical complexity, allow one to speak more fluently and with more nuance.  Let's review it.   Conjunction   This form, can be used to link two sentences and imply a relationship as... read more

If you are a Japanese speaker and want to learn English or improve your English, I just might be the tutor for you!

About Japanese Plain-Form Verbs and Politeness

One thing that had me stumped for a while was the complex relationship of Japanese verbs and politeness levels.  Most Japanese educational materials start you off learning the "~masu" form, also called the "polite form."  It's very helpful, so you don't accidentally offend someone, but can come across as somewhat reserved if used frequently.  All of this came... read more 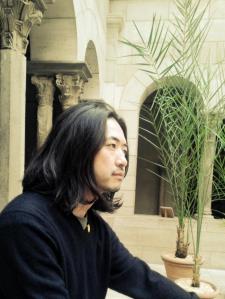 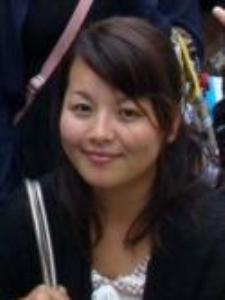 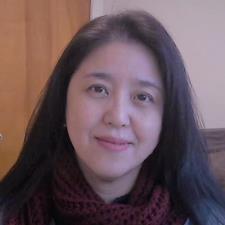