Venus, Second Planet from the Sun

Venus Venus, goddess of Love and Beauty, Springtime and Flowers (second planet from the Sun). The second planet in distance from the Sun, the most brilliant object in the sky, she appears to welcome both the dawn and the dusk. Her symbol appears below. Venus is the one goddess whose name was given to an important planet. Venus (corresponds to the Greek: Aphrodite, and... read more

Uranus, Seventh Planet from the Sun

Uranus Uranus, god of the Sky (seventh planet from the Sun). Uranus is the ancient Greek deity of the Heavens, the earliest supreme god. Source Astrological sign pictured above Uranus was the mate of Gaia, and the father of Cronus (Saturn) and of the Cyclopes, and of the Titans (predecessors of the Olympian gods). According to some myths, he was born of Gaia;... read more

Saturn, Sixth Planet from the Sun

Saturn Saturn, god of Harvest or Time of Reaping (sixth planet from the Sun). Source Harvest time in ancient Italy belonged to the god of reaping, whom the Romans called Saturn. A symbol curved like his sickle represents the planet. Saturn (associated with the Greek titan, Cronos) is closely connected with Ceres (Demeter), as he is her father, and his worshipers... read more

Pluto Pluto, Greek god of wealth, ruled the dark underworld of myth (ninth planet from the sun). Source The darkly lit outermost world bears the name of Pluto and the first two letters, “Pl,” of Pluto is the planet’s astronomical symbol. Pluto's astrological sign, seen above, is similar to that of Neptune, but has a circle instead of a third prong in the... read more

Neptune, Eighth Planet from the Sun

Neptune Neptune, god of the Sea (eighth planet from the Sun). Source Appropriately named, Neptune is an ocean god for an ocean-colored planet. You can see his symbol, the trident, below. Astronomers use Neptune’s fishing spear, the trident, for the planetary symbol. Neptune is the Roman equivalent of the Greek Poseidon, god of the sea. Mythological History... read more

Mercury Mercury, messenger of the Roman gods (first planet from the Sun). Snakes entwined on his staff protect Mercury, messenger of the Roman gods. With a little imagination, you can visualize the snakes entwined in Mercury’s symbol, seen below. Mercury is the son of Jupiter and Maia, one of the Pleiades. Mercury is comparable to the Greek god Hermes; both are considered... read more

Mars Mars, Roman god of War (fourth planet from the Sun). Source Like a badge of blood in the sky, the Red Planet has long stood for the gods of war. Mars' symbol is seen below. It seems natural that the Greeks named the fourth planet after Ares, since it shines with a red color, resembling blood, which is appropriate for the god of War. The Romans identified... read more

Diana or Luna Diana, or Luna, Roman goddess of the Moon, animals, and hunting (Earth’s moon). Luna gives us “lunar” from Latin lucere, meaning "to shine." Luna's symbol, as seen below, is a crescent Moon. Source Mythological History of the Moon The goddess of the Moon was called Luna and Diana by the Romans, Selene and Artemis by the... read more

Jupiter, Fifth Planet from the Sun

Jupiter Jupiter or Jove, King of the Roman gods (fifth planet from the Sun). His name is appropriate for our largest planet. A traditional sign for his lightning bolt gives the planet its symbol. Mythological History of Jupiter Jupiter (Iuppiter, Juppiter, and/or Jove) was the ancient Italian Father or Lord of Heaven and provider of fertilizing rains giving him another... read more

Earth, Third Planet from the Sun

Earth Gaia, called Terra Mater (Earth Mother) by the Romans (third planet from the sun). As the earth mother, her symbol is the Greek sign for sphaira, sphere. Mythological History of Earth The Greeks called her Gaia while the Romans referred to her as Gaea, Terra, and Tellus. She is considered a primordial deity; that is, she is one of the first beings to exist. The... read more

Apollo, God of the Sun

Apollo Apollo, god of the Sun As patron god of musicians and poets, he carries a lyre (seen above) and his symbol (seen below) represents the “egg of creation.” Mythological History of the Sun Apollo was associated with law, philosophy, and the arts. He sometimes gave the gift of prophecy to mortals whom he loved, such as the Trojan princess Cassandra. One of the most... read more

Achilles' Heel, the Myth and its Usage

Achilles’ Heel Achilles is an ancient Greek hero, most noted for two things: his participation in the Trojan War, and his tender heel. Achilles' mother, Thetis, was predicted to bear a child that would be stronger than his father. When Zeus and Poseidon discovered this fact, they both stopped actively pursuing Thetis. Instead, Thetis married Peleus, and bore him a son, Achilles. When... read more 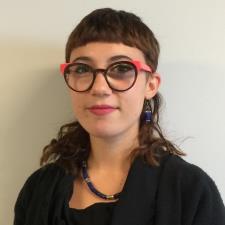