Ric elected to Board of Directors....

Ric has been elected to the Board of Directors of the College Music Society, South Central Chapter.

I just completed 6 string arrangements for a well-know church. One was "Silent Night" as sung by Taylor S. I had a bit of a tight deadline and came in ahead of time and I am very happy with all 6.

"As a guitar player, I am always looking for new resources to help me get better at my craft. I have gone through book after book that held some good tips for improving my playing. Some better than others. I have been playing the guitar for 40 years now and still consider myself a rhythm hack. I must confess that I do not spend the time like I should but that is another article. A... read more

My Composition student, Ken (who is also a college music teacher) completed an arrangement for Flute Choir on a Christmas Carol. The piece was played through yesterday with success! The music director ask Ken if he could do another and have both premiered in an upcoming Christmas concert - Congrats Ken!   My international student Melody has scored a video montage and did an excellent... read more

2 of my international internet students have had some recent accomplishments. Melody has written an exceptional arrangement of a hymn for an "un-plugged" chamber ensemble that was premiered last Sunday (Sept. 29, 2013) and went great!   Ken (also a music teacher at colleges) has been commissioned to arrange a Christmas Carol for Flute Choir.   Congrats to...

A 6:00+ medley of music material composed, arranged and orchestrated by Ric. Many of the tracks were also produced by Ric. This music is from actual releases for music albums, television-film and commercials that have been programmed worldwide...

When the harmony dictates that the chord should be C, then the most important notes of resolution and repose are C, E and G. These are the notes of the C Major chord. C D E F G A B C So we think about ways to come to rest. We can simply stay at rest, by just playing chord tones (arpeggios) C E G C G E E C G E G C G C E G E C We can connect the chord tones: C... read more

Jackson, MI
An Original Piano Composition Entitled, "From the Heart."

This piece of music was composed in 1998 and has been choreographed and performed by the Jackson Ballet Company.

Jackson, MI
A Short Excerpt of One of My Piano Arrangements

This arrangement is taken from the hymn, "Come, Thou Fount of Every Blessing." I enjoy writing piano and hymn arrangements, as well as composing new piano works. I hope you enjoy the selection.

As I mentioned in my profile, I prefer to teach from a different perspective than most teachers. If you want to just learn some songs on your instrument - of course I can teach them to you! I can easily turn them into something you can relate to and get under your fingers quickly =) My real specialty, however, is how I teach music theory - both to its students and to students of... read more

This is the performance of a song I wrote called Rising. This is a performance from a singer/songwriter venue called the Listening Room currently in midtown.

This is a performance by the Central Michigan University Symhony of an original piece for orchestra that I composed. It is a figurative depiction of the literal brain of the composer (myself), and it matches parts of the brain with parts of the orchestra...

Philadelphia, PA
Got Any Complaints? 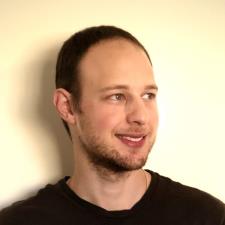