I created this worksheet to help my students understand how to compare and contrast prokaryotic and eukaryotic cells.

Passive Transport Written by tutor Megan E. In order to survive, a cell must maintain a careful balance of nutrients, electrolytes, water, and metabolites in its cytoplasm at all times. Many of these required nutrients are supplied to cells by the bloodstream (multicellular organisms) or extracellular fluid (single-celled organisms), and thus the cell must have ways to get these substances... read more

This is a brief overview of the most basic elements of mitosis and meiosis in eukaryotes and the differences between them.

A cell diagram labeled with the steps of phagocytosis. Read the full lesson on endocytosis and exocytosis here: http://www.wyzant....

A cell diagram labeled with the steps of exocytosis. Read the article on endocytosis and exocytosis here: http://www.wyzant.com/re...

What are prokaryotes and eukaryotes?

Prokaryotic and Eukaryotic Cells Written by tutor Anneliese A. Prokaryotic cells evolved before eukaryotic cells (“pro” comes from the Greek word for “before”), and in general are much simpler in structure and function. Prokaryotes are found in the domains of Bacteria and Archaea, while eukaryotes make up the remaining domain. They tend to be much smaller in size than eukaryotic cells... read more

Mitosis and Meiosis Written by tutor Mindi D. Mitosis What is Mitosis? Mitosis is the division of a eukaryotic cell’s nucleus leading to cytokinesis, which ultimately results in two identical cells (called daughter cells). The Mitotic phase is short part of the overall cell cycle – which contains Interphase. As a quick review, interphase has 3 phases: G1, S and G2 – during these steps... read more

The Krebs Cycle Written by tutor John M. The Krebs Cycle (also known as the Citric Acid or Tricarboxylic Acid (TCA) cycle) is the process through which aerobic cellular metabolism occurs. Hans Krebs received the 1953 Nobel Prize in Medicine for his “discovery” of the citric acid cycle. This cycle involves a series of reactions involving a (1) a substrate, Oxaloacetate, that is... read more

Glycolysis Written by tutor America N. The first step in the process culminating in ATP synthesis by the mitochondria is glycolysis, or the anaerobic breakdown of glucose into pyruvate. Glycolysis is a 10-step process that takes place outside of the mitochondria, in the cell cytosol, and is catalyzed by a series of enzymes. Glucose is first phosphorylated by ATP; this reaction is... read more

What are Endocytosis and Exocytosis?

Endocytosis and Exocytosis Written by tutor Aleli C. The movement of macromolecules such as proteins or polysaccharides into or out of the cell is called bulk transport. There are two types of bulk transport, exocytosis and endocytosis, and both require the expenditure of energy (ATP). In exocytosis, materials are exported out of the cell via secretory vesicles. In this process,... read more

Cells Written by tutor Michael W. Cells were first described by Robert Hooke in his book Micrographia, published in 1665. Using a microscope, he described the structure of cork as closely resembling prison chambers or monks’ quarters (there is some debate about this). He used the term “cell” to describe these hollow chambers. The Cell Theory was first described in 1839. While the Cell... read more

The Cell Membrane Written by tutor Shannon M. The cell membrane in animal cells is the outer layer of the cell. It gives the cell some structure and stability, while holding everything in. Imagine you go to the pet store and pick out some goldfish; they give you the goldfish in a plastic bag filled with water. This is our cell. The bag is the cell membrane, very fluid, but it keeps all... read more

Cell Cycle Written by tutor Katherine P. What is the Cell Cycle? Cells grow and divide as organisms grow and develop. Cells also grow and divide to repair tissue. Some single-celled organisms reproduce asexually through a type of cell division called binary fission. The cell cycle is the life cycle of a cell, as it grows, replicates its chromosomes, separates its chromosomes and... read more

Differences between Plant and Animal Cells Written by tutor Kathie Z. Plant cells have cell walls for support outside their cell membrane and are usually rectangular in appearance when viewed under the microscope. They are rectangular prisms in 3-dimensions. Most plants are autotrophs and have chloroplasts (plastid organelles filled with chlorophyll) which provide a distinctive green... read more 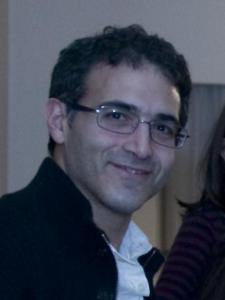 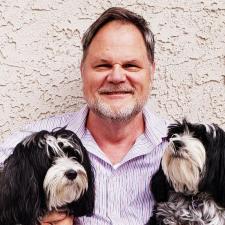 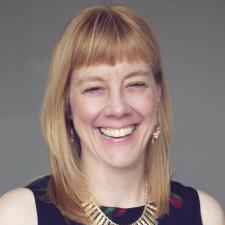