So you are thinking about spending some time in Brazil but you feel the language to be a problem. In fact, Brazilian Portuguese is not the easiest language to learn, and things get even trickier when dealing with spoken Portuguese, which is full of slangs and expressions that sounds a lot different from written Portuguese. With that being said, some dedication and time will get you through these obstacles. Below, we have compiled 8 tips for beginners learning Brazilian Portuguese. Get yourself an English-to-Brazilian-Portuguese dictionary: If you are serious about learning Brazilian Portuguese, this one is a must have. When trying to read in Portuguese, you will be coming across many unfamiliar words and expressions. With a dictionary, you will not only be able to understand and learn these expressions but also learn how to pronounce then, which is something you will need in the future. Read something in Portuguese as often as you can: Reading... read more

Salado, TX
PORTUGUESE: why do more and more people want to learn it!

PORTUGUESE: the language of BIG BRAZIL!   BRAZIL: the land of SOCCER!   SOCCER: love it or hate it, it is a worldwide passion!   Brazilian Portuguese is FUN: and Brazilians are all about fun, soccer, beautiful places to visit, friends to make!   Even if you are all about business, BRAZIL is the land of opportunity! (Check it out, Google it!)   Whatever your purpose or ambition, Brazilian PORTUGUESE is going to take you on a journey of success, new projects, travels, dreams...   Vamos aprender juntos! Let's learn together!   Leticia S.     :)

I recently got a tip about this language-learning app from Duolingo and have been test-driving it on my iPhone for a few days in Spanish, a language I've never formally studied. And I like it, quite a bit in fact. As an ESL and German teacher of many years, and someone who has dabbled in a variety of other languages, I put a lot of thought and study into the process of learning language. Duolingo covers many of the important bases by incorporating key principles into its design: Activities for all four facets of language study: writing, reading, listening, and even speaking (you speak into your device's microphone and it judges your pronunciation).  Moving gradually from passive recognition (What does "Adios" mean? - choose from word bank) to active use (What is "Goodbye" in Spanish? - no word bank). Overlapping reviews, incorporating grammar and vocabulary from previous lessons into new lessons. An emphasis on... read more

Have you taken a full year or two of a foreign language, and wish to have an enjoyable way to increase, improve, and expand your vocabulary and comprehension of the language in 'real' life? Here is an easy and rewarding way to do so. First, let's figure what you usually 'need' for foreign language study: material in the language you're studying; a way to look up or translate unfamiliar words and expressions; a program that provides 'thematic' content, like 'a trip to the mall,' 'a visit to the beach,' or 'preparing a party.' But wait a minute! Are those 'learning units' really interesting? They don't do much for me. But here's an idea worth trying. Look for a complete season of a TV show or mini-series that is available on DVD, AND comes with BOTH subtitles and dubbing in the language you're studying. You can easily get that information from the product page. Then rent the DVDs. You might even buy them and it would be less money that the software programs that cost in the hundreds... read more

Some teachers don't like beginning language students to buy Spanish-English/English-Spanish (or whatever) dictionaries, but I think they're very valuable tools. But what they say about books in general holds true for good foreign language dictionaries: you can't tell them by their covers. Some dictionaries are great, while others are terrible. But there are a couple of things to look for to see if the dictionary is worth buying. First of all, check the publication date. All languages change, and so do the words that they contain. Not only do new words show up in new dictionaries every year, but old words may go through important changes over the years, as well. For example, today words like "web," "pad," and "tablet" have definitions that they simply didn't have a decade or so ago. In general, you will want to buy a more recently published dictionary if you're a beginner. Second, in the English section go to the word "date." This is a... read more

Whether you're learning Spanish, French, English, or even new science or social studies vocabulary, developing vocabulary is the key to a world of new conversations. When approaching a new set of vocabulary, different techniques work for different kinds of learning. Watching movies, listening to music, and interacting with people in the new language are fun and effective means of immersion. When you hear unfamiliar terms, sound them out and jot them down to look up later. When preparing for a test or working with a textbook, a systematic approach can help reinforce and practice new terms. With a new set of thirty words from a textbook chapter, follow these four easy steps to quickly learn up to thirty terms in one sitting: 1. Make a list of new words in the target language. 2. Attempt to translate them on the same line in a second column, using cognates as clues to recall the term in your native language. 3. After attempting to translate all the vocabulary, use a dictionary... read more

If you have Brazilian friends you probably realized that we have our own time. What I mean by that!? Nós estamos sempre atrasados! I remember as a kid when my mom sent the birthday invitations with the starting time as 2 hours earlier than the time that she actually planned the festa to be started. So, let’s say if the party started at 7 pm, she wrote in the invitations that the party started at 5 pm. This way, she was sure that everybody would start arriving around 7. Não fique com raiva da gente! We just have our own time. So remember, every time that you are going to meet with a Brazilian, make sure to set the time 2 hours earlier.

North Attleboro, MA
The Importance of Pronunciation in a Foreign Language

One may always be grammatically correct or use a wide variety of vocabulary in a foreign language. However, this means absolutely nothing if one cannot pronounce words and phrases correctly. When I was learning Spanish in school, my teachers rarely corrected my pronunciation. It wasn't until I traveled to Spain that I learned how to pronounce words correctly. Emphasizing pronunciation is something I feel a lot of foreign language teachers/tutors overlook and don't emphasize enough in their teaching. Here are some tips for foreign language tutors and teachers to emphasize pronunciation more in their lessons. 1. Start lessons going over the alphabet in the target language I always begin a lesson by going over the alphabet. It is the most basic lesson, yet crucial lesson for beginners. Beginners can become familiar with the language without feeling overwhelmed. I have homemade index card with the letter and the sound underneath. On the other side of the card I have a word with... read more

I just finished reading Harry Potter 3 in Spanish, and boy am I glad to be done! It feels really great to have accomplished this goal, and to be 2/7ths of the way done with my goal of reading each of the 7 books in a different language (I read #1 in English, so that's the other 1/7th I've completed). I think I will move on to #2 in Latin or #4 in German next! My motivation for this project came from an ESL student I once had, who told me she had vastly improved her English and her confidence by reading a long Harry Potter book in English. Reading a whole book in a foreign language is a big undertaking, even for people with quite high levels of proficiency, but it is worthwhile. The sheer amount of linguistic input and repetition of vocabulary you get is wonderful. I feel way more comfortable and familiar with the Spanish past tense and subjunctive after reading that book. Now I just have to put it into use by writing to my friends, going to a Spanish chat, or interacting with... read more

Creating Confidence When Speaking a Foreign Language Studying a foreign language? Feeling tongue-tied, unable to spit out what you're trying to say? You aren't alone. One of the biggest challenges in learning a foreign language is training our tongues (literally) to speak in a way that is rather unnatural. Ever tried to roll an "r" in Spanish? Or (for me) speak a lick of French? It is exhausting, at best. One way to ease your fear of speaking a foreign language is - you guessed it - to SPEAK the language! And I don't mean go out in public and ramble at any random person you meet (although in some scenarios, a version of this may be highly recommendable). Instead, have you ever thought of RECORDING yourself speaking the new language? Listening to our own voices pronounce new words and phrases not only creates confidence in our speaking skills, but it allows us to focus on our pronunciation, and the intonation of our voice. Most computers nowadays have... read more 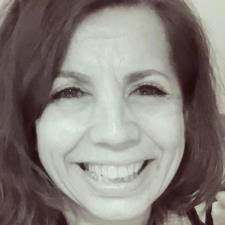 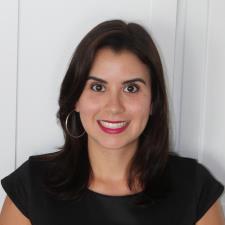