A recent updater for Adobe Flash caused it to fail on certain older Mac models (like my Mid/Late 2007 Macbook Pro). A fix was released within a week, but keep in mind there are alternatives out there for watching YouTube, such as HTML5.   In addition, you should never download a Flash updater from anywhere except Adobe. Not too many years ago there was a trojan horse made to look like a Flash updater file. Only use Adobe's web site, or an established software update site with direct links to Adobe, such as my favorite macupdate.com.     The Mac Doc

Lately I've been working with some really great clients. The people of Austin are generally friendly and warm and my clients have most definitely fit this description. Sometimes I am welcomed into their homes where I'm introduced to family members and pets and genuinely treated with respect and kindness. This is one of the great things about tutoring. The variety of people that I get to interact with is amazing. Everyone has their own stories and tribulations and yet they continue with their lives and continuously challenge themselves. Some of my clients are older, professional people who are learning new skills and delving into unknown subjects not only just for their professions but for their personal satisfaction, to enhance their skills and keep using their brains. I find this inspirational and I appreciate each and every one of the people I have had the pleasure to work with. Thank you for reaching out and striving forward for your own betterment. You have all been great teachers... read more

Back in 1983, I bought this Macintosh Plus a few days after it was announced. My wife asked me "what do you plan to do with that thing?" Today, nearly 30 years (and about 25 Macintosh's) later, I think back on that dig and I just smile. You see, that MacPlus (which cost more than my car at the time) was a game changer for me. Funny thing, later in the mid-90s I had the good fortune to work on the Apple account. I spent a few years going back-and-forth to 1 Infinite Loop or Apple's satellite facility in Campbell, California. To some, it was just a job. To me, it was just like getting to hang out with my favorite rock stars...every day! It was crazy...it was fun...it was an experience I'll never forget. I even look back fondly on the time when Steve Jobs almost ran over me with his Mercedes in the circle drive on Infinite Loop, but that's another story... Steve Jobs has one of the most brilliant minds of my generation and I thank him for empowering me with his... read more

During an unexpected one-day storm, years ago, several electronic items were destroyed in my house - causing a few thousand dollars worth of damage: * Air compressor in my air conditioning unit * Dishwasher * Crock Pot * Clothes washer * Stereo system amplifier * TiVo motherboard There may have been other items damaged in the storm, but these are what were noticed as having worked before the storm, and did not work immediately after the storm. The sad thing is, this damage could have very easily been prevented. Notice the distinct lack of computer-related devices in the list above? There are two defenses against power spikes (too much power at the electrical plug): * Surge protector * Uninterruptible Power Supply (UPS) Only the UPS option gives you a defense against dips (lower than expected power at the electrical plug), brownouts and even blackouts. A UPS is what you want for your sensitive computer equipment. Each of my computer-related... read more

You would be shocked at how many friends, relatives and customers come to me with the same complaint: "My hard drive died, did I lose everything?" I've seen the entire range of emotions, and working through grief is a good thing. The sad thing is, these problems are completely preventable. * Here's the first lesson, even if you don't read any further: hard drives fail. I could expand that to say that everything fails eventually: your car won't drive for 100 years without a complete overhaul of most functional parts - making it virtually a completely different automobile; your home appliances will need to be replaced after a certain period of time; and each of your computer components will fail given enough time. The term mean time between failures (MTBF) refers to a guess (a prediction) of how long a specific component will run until it is likely to fail. http://en.wikipedia.org/wiki/Mean_time_between_failures Your computer has many working/functional... read more

I'm a big fan of shortcut keys. Years ago, when I first started supporting Macintosh computers professionally, I started working with a team of graphic artists. Now, I'm a relatively fast typist, and am decent with a mouse or trackpad, but these graphic designers were fast - really fast. I couldn't figure out how they could perform relatively complex tasks in Adobe Photoshop and Illustrator on-screen so quickly that it almost seemed like a blur of activity. Mesmerized by the activity on the screen, I initially failed to look down at not only the mouse, but the keyboard. For the average computer user, the right-hand is primarily dedicated to using the mouse, switching back and forth when typing is required. Of course, the left-hand is used for typing as well, but what chores can you give this hand while the right-hand is busy with the mouse? Shortcut keys! I rarely use exclamation marks in posts, but I wanted to emphasize their usefulness. First and foremost, most of the... read more

I've completed the move from Charlotte to Tucson, and am mostly settled in. It's a good feeling to have my photo workflow set up and be making photos again. The monsoon weather has made for some amazing images. 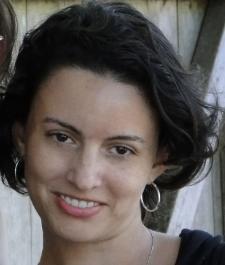