San Francisco, CA
What to do when you're not sure about how to use a word

Have you ever been in a situation when you have several alternatives for what you want to say in a second language but you are still not entirely sure which one to use? A lot of times, people find that they have several alternatives for what they want to say, and are not sure which one to choose for a particular situation. The good news for language learners is that its getting easier and easier to check exactly how to use a word correctly. Tools like corpora are becoming increasingly user-friendly and can be extremely useful for this. A corpus is a large set of linguistic data drawn from a particular area. This might be scientific journals, newspapers, novels, annual reports, or even conversation transcripts. To run a check on a corpus, simply write in your search term (go/salt/timely) and the corpus will show you the top 50 examples of this word in context. This means that one can easily read through and see not just the word, but the words which are most likely... read more

Every one of us was taught grammar in grade school. We learned the rules of writing, how to construct sentences properly, when to use commas, how to avoid run-on sentences, proper diction and word choice and tons of other rules regarding how the English language "properly" works. But there's one thing we weren't really taught. In fact, most of us unquestioningly accepted these rules, rules like you should use "fewer" for countable items and "less" for things you can't count. We know how to use these rules, and by virtue of being able to speak the language, we also know how to use the grammar. But these two concepts of grammar are not the same. This raises so many questions. Where did these rules come from? What is grammar, really, and how do we define it from a linguistic point of view? Is there some kind of supreme authority on the English language that imposes these rules on all its speakers?    In a Tarantino-esque fashion, we'll... read more 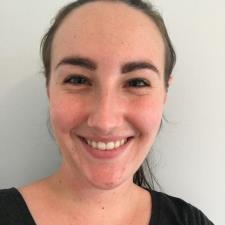