Here is an example of a listening activity which I created for a French 2 Honors class. It's based on a youtube video taken from the popular French soap opera Plus Belle la Vie.  Listening Activity for “Plus Belle la Vie”-Asking for & granting a favor Écoute à la vidéo: https://www.youtube.com/watch?v=guNCo4L206A jusqu’à (00:53). Essaie de déterminer, avec un partenaire : 1). Où sont-ils ? 2.) The man says to Frémont : « Dites à Léo qu’il me manque. » Qui est Léo ? 3.) What favor does the man ask Frémont for next ? (*Hint: He gives an affirmative command). 4.) Does Frémont agree to help him? Which phrase does he use to grant his favor or make an excuse? *Question Supplémentaire : Quel est le rapport entre Frémont et l’homme avec les cheveux noir ? Quelles phrases t’en faire penser ?

I am an experienced French language instructor and have been teaching  French language classes for all ages and levels for last 15 years. I currently teach at Bellevue College as French instructor and run also French workshops such as French for Travelers, etc. I am also a Montessori school specialists and very accustomed to classroom with multi age, multi level students in elementary, middle and high school.

I suppose I should dedicate this space to an introduction, to give you an idea of what I offer, moreso than just the basic profile.   I am very passionate about education. I suppose I always have been--something my mother instilled in me--but in the last few years I have begun working in that realm. I have been an in home tutor, substitute teacher, and worked with non profits as a teacher and tutor. Maybe a bit off of the beaten path, but I feel that going a non traditional route has given me more hands on, real world, practical knowledge.   I am adept at working with limited English speakers, which I feel gives me an edge. I have worked with children and adults alike in this area, and am always looking to do more work with refugees, especially.   I also have a lot of customer service experience, which at first glance may not seem important. To me, it is a very important and influential part of how I handle teaching. Rather than "customers"... read more

In common conversation "se rappeler" and "se souvenir" are most of the time used with "de" after, and most of French people use undistinctly one for the other. So most of the people won't even notice if you do the same. That been said, you can stop your reading now.   Or if you want to look at it through a microscope, let's have fun!   "Se rappeler de" is mostly used for action you have to do( or you'll have to do), and for relatively short term and factual memories: "Rappelle-toi de jeter la poubelle demain matin!" (Don't forget to take the trash out tomorrow morning) To a policeman who shows you a picture: "Je me rappelle de ce type. Il est passé hier à la boutique." (I remember that guy. I went to the shop yesterday.)   "Se souvenir de" is more charged with feelings, is about something you keep from a past time and/or you'll keep for ever (think "souvenir... read more

France can be a treasure trove for the intrigued expat or the curious traveler trying to meet new people. But should you say "tu" or "vous" upon greeting? Should you shake hands or not? When should you kiss cheeks? And how many times? In an attempt to answer, I have interviewed a French native. His name is Gerard and he is from Paris. Gerard, French etiquette is rather complex. Can you explain why? French people like sophisticated things: cuisine is complicated and très difficile, and the language- it is full of complexities. When it' s not complicated, the French don't like it. It's too easy. The fun isn't there. For example, when you are in France, it' s not really what you say, it' s how you say it: if you use sophisticated grammar and fancy terms, you'll have an audience. If you try to relay a very simple idea, using basic language, you will be regarded as "base", maybe even... read more 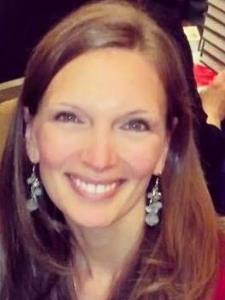 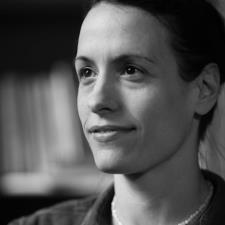 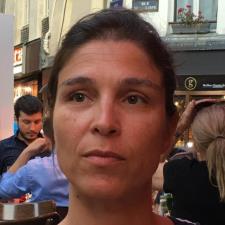