Cambridge, MA
The Underappreciated Benefits of Stress - Even Severe Stress

The Economist recently published an article with some surprising research findings about stress. Contrary to popular belief, stress is not always bad, nor is it the amount of stress that matters. Rather, the key determinant of its impact on performance and health is largely psychological.    In one study, researchers divided a set of GRE test takers into two groups. Saliva samples were taken to establish baseline stress levels for all participants. Then one group was told that stress during practice exams is natural and can improve performance, while the other group just took the test. Saliva samples were taken at the end of the exam, and the results from both groups indicated similar levels of stress. BUT, the group that had learned stress can be helpful scored higher on the practice test (and, several months later, on the actual GRE) than those who just took the test.    Even more impressively, in 2012 a group of researchers scoured through... read more

Bristol, PA
The tutor and the stressed student

I have been a tutor for many years. I have been an advocate for bullied kids for several years as well. But only recently did I begin to see that even tutors can offer relief to kids who are bullied, and point bystanders in a proper direction as well. The tutor's secret is really simple: we don't even have to know whether or if the students we work with are having bullying problems. All we have to know is that they sometimes exhibit the same symptoms as a bullied kid, and those symptoms can be brought on by stress. The student who needs a tutor is often dealing with stress already, because the homework isn't done, he doesn't know how to do it - not the first thing, time is running out and there's nobody to help.   When I was younger, you know how I handled that kind of stress? By hoping the problem would go away. I would go into class the next day, the teacher would relent and say "hey, this is too hard for you guys, so let's go over... read more

Miami Beach, FL
Nervous About Tests? Don't Be! Look at the Bigger Picture

I remember how nervous I was during every major test in my life. The SAT, AP Tests before undergraduate school. Then there was the dreaded GRE required for admission to graduate school. Fast forward: my master's degree test involved a full day of writing (with no notes or books). My doctoral exams involved a full day of writing, three times a week for one week (also with no notes or books). Talk about torture! And then there was the faculty review ... whew! But you know what? I needn't have been nervous and neither should you, because "testing" begins the minute you walk into the classroom door. If you pay attention in class, do your homework, stay focused (you can always "play" later), take good care of your mind and body -- exercise a little to relieve stress and stay healthy -- and create a peaceful environment in which to study a little bit every day during the school week, you should be able to retain information and write to the best of your... read more

The weather is getting warmer. Trees are turning green. Birds are singing. Airborne pollen is abundant. Spring is here! As the weather becomes more reminiscent of summer with each passing day, it becomes increasingly difficult for students of all ages to pay attention to their studies. Elementary school students want to play outside and engage in sports activities. Middle school and high school students know that they are only weeks away from friends and late nights. High school seniors are closing in on their last months as high school students and Senioritis is beginning to take root. College students long to be outside after months of locking themselves indoors to study or work. In other words, this is a difficult time of year to be student. Add to that the complication of having this be the most important part of the year, academically speaking, and it's a recipe for disaster. This is the time of year that I call "down to the wire;"... read more 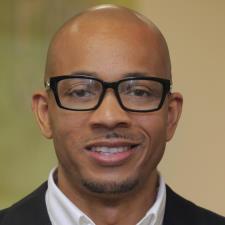