Since Banned Books Week happens in mid-September each year, I'd like to talk today about the problem with banning books. Last year, my Bring Your Own Book club's topic for September was to read a banned or challenged book. We had a great discussion during our meeting about common threads in all of the books we read, common reasons why books get challenged, and how that relates to the education system in general. One of the things that kept coming up was that often, the reason the book was challenged is the entire point of the book itself – of course it deals with that; that's the main theme of the book! Whether it's The Perks of Being a Wallflower and Looking For Alaska depicting kids smoking, drinking, and doing drugs, or it's The Giver depicting a fundamentally broken society masquerading as a utopia (psst – that's the definition of the genre – it's a dystopia!), or even a gorgeous picture book called “And Tango Makes Three” telling a true story about a pair of male penguins who... read more

Savannah, GA
American Culture Through the Lens of The Great Gatsby

F. Scott Fitzgerald's The Great Gatsby presents the dark side of the American Dream and does so with unusual panache. The shimmering surface of Fitzgerald's prose style mirrors the daylight optimism of the dream, reflecting the ideal of a society wherein talent and hard work routinely get rewarded and upward mobility is based at least as much on merit as on luck or charm or who you know. But not everything is as it seems. Ruthlessness or deceit: who could need such things? The narrator, Nick Carraway, likewise begins this adventure with a fair measure of this robust American optimism. He envies the high society spoons in his new top drawer of polished acquaintances, interpreting their frivolity and hedonism as an abundance of life. Yet as the narrative progresses, this bright-eyed optimism dims. Nick sees, on the one hand, heirs to inherited wealth who are arrogant, bigoted, selfish, and only superficially cultured – Tom Buchanan and his ilk. On the other... read more

For this week's Ellen's Choice, I'm going to run down a month's worth of Reading Challenge books.  It's going to be a long one, so feel free to skim through for the titles in bold if you just want to see which books I read and not my reviews of each one.   Book 5: "Catch-22," by Joseph Heller "A book with a number in the title"   This one was to tackle “A book with a number in the title”. Of course, I could not pass up a chance to finally read a book that I’ve been wanting to read for years now – “Catch 22″! The title has since become synonymous with the idea of a self-contradicting statement, a predicament you can’t get out of because of its self-referential nature. Catch 22 follows the experiences of a bomber pilot in WWII whose superior officer keeps raising the number of missions required to complete a tour so that nobody can go home. The protagonist’s efforts to worm his way out of flying missions repeatedly bump... read more

Ragtime, by E.L. Doctorow, is a story about the American dream. Set in New York during the “period of Ragtime” between the turn of the 20th century and the beginning of World War I, Ragtime tells the story of three different families struggling to find their place in this new America. Doctorow makes use of an unusual writing style in Ragtime. He eschews the use of quotation marks and line breaks during dialogue, making the visual appearance of the novel one of long, blocky paragraphs. In addition, Doctorow writes the novel in third person from the perspective of not one but all of the main characters, allowing us to see the innermost thoughts and feelings of everyone in the story in turn. The characters have various degrees of name specificity, ranging from simply “Mother” and “Father” to “Sarah” (nobody knows her last name) to “Coalhouse Walker Jr.” All of these stylistic decisions come together to make a surprisingly fluid novel where actions speak much louder than words... read more

ALERT: This week's Literature Spotlight contains spoilers for The Hunger Games trilogy. Read at your own risk! This week my Bring Your Own Book club met for tea, and our topic for the month was Dystopias. I had offered to host this month, because dystopia is one of my absolute favorite genres. As I sat listening to the others recount various dystopian tales, I was struck by a thought that had been niggling at me for weeks – there's a significant difference between a dystopian setting and a true dystopian novel. With the increasing popularity of brilliant YA novels such as The Hunger Games and Divergent, it's becoming more and more common to see stories set in corrupt dystopian societies – but are these stories true dystopias, in the classic sense of the word? There's more to a dystopian novel than a corrupt society setting – classic dystopias also share certain plot and character elements. When viewed in this way works such as The Hunger Games seem to fit more as... read more

This Spring and Summer, why not invest in yourself or your child? Effective written communication is key to success in the competitive academic and career markets. Get help with Getting Started with Writing, Discovering Writing Topics, Finding Focus Responding to Writing Assignments Reading for Comprehension and Understanding - Retaining Key Concepts, Theme, and more ... and, of course, that always challenging concept of Grammar. I teach Grammar as Tools ... not Rules. Looking forward to hearing from you and hearing about your tutoring needs. See my profile for more information and my Subject Qualifications. - Tim published writer & poet, teacher, tutor 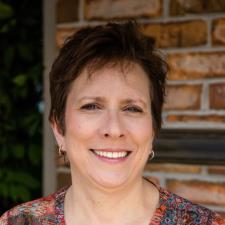 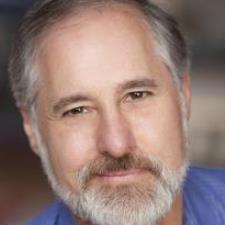 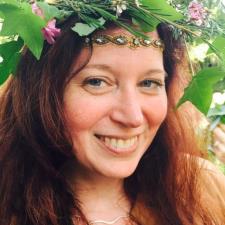