Physical Exercise and Nutrition DO affect our brain performance and brain health.

As you may know, I am a big fan of the well-known author and brain specialist, Dr. Daniel Amen. He mentions in several of his books that Physical Exercise is good for the brain. I have read of research studies that showed a clear correlation between IMPROVEMENT in students' test scores in math and science, and their level of physical activity (for example, when math class followed PE class, the students had significantly higher scores). Maybe we should schedule PE before all math classes in our schools. What do you think about that idea?

This morning I read an online article on the myhealthnewsdaily site, entitled "6 Foods That Are Good for Your Brain," and another article about how Physical Exercise helps maintain healthy brain in older adults too. The second article, "For a Healthy Brain, Physical Exercise Trumps Mental Workout" was found under Yahoo News.

The remainder of this note is quoted from that article:

Regular physical exercise appears to protect the brain from shrinking, an otherwise natural process in old age that is associated with memory and thinking problems.

Conversely, mentally and socially stimulating activities, long believed to stimulate the brain, had no major effect on preventing brain shrinkage, according to a study published today (Oct. 22) in the journal Neurology.

In other words, if you want to maximize the mind-enriching benefits of playing chess, pick a match across town and run or walk vigorously to it.

"People in their seventies who participated in more physical exercise, including walking several times a week, had less brain shrinkage and other signs of aging in the brain than those who were less physically active," said lead author Alan J. Gow of the University of Edinburgh in Scotland. "On the other hand, our study showed no real benefit to participating in mentally and socially stimulating activities on brain size, as seen on MRI scans, over the three-year time frame."

This should be looked into, I agree. I am a math and science teacher. This reminds me of when they decided to allow children to drink water in the classroom. I think it was called gym-brain.
10/23/2012 | Esmeralda G.
I have read a few studies that suggest that exercise increased oxygen to the brain. Another said that the natural result of exercise is that we drink more water which hydrates the brain. And still another said that as we learn new or more complex tasks we grow new dendrites. Still, other studies have suggest that temperature, lighting - natural or artificial, window or no window affects the learning achievement in some subjects. While some contend that school culture is a big influence on student achievement. I happen to agree with all these things. I find it appalling that many schools are eliminating or reducing recess for the lower grades and it is almost non-existent for high school kids. I really enjoyed reading your post and hope more people get a chance to read it also.
10/23/2012 | Gail D.
I totally agree, thank you sooo, much for reminding us of this important fact. Truly believe we were all hunters, and that is how we took care of our exercise: oxygen, but now hummmm...to much sitting. Strongly suggest, to eat light, keep moving, drink a lot of water, think only to create, reflect, learn, and for most of time in the brain in a positive safe place. I tell my 11 year old triplets your brain is you castle if you don't like that room you can always go to the next room. Stuck thoughts is see them as file of information that is not need at the moment; take the file and move to the back and file it and move on to what is important, don't sweat the small stuff. Choose what goes in and out of you body, mind and soul through meditation, yoga and fasting. This all in the manifestation of learning new information with barriers. Thank you. Think Tank Tutoring Esmeralda
6/24/2013 | Esmeralda G.
This the time for students to look for extra curriculum information...yeah tutoring is extra-swimming, dancing, hiking and looking at programs that stimulate you cognitively, socially and yes emotionally. We are never to old. Emerald live, celebrate and stay in you safe place.
7/16/2013 | Esmeralda G. 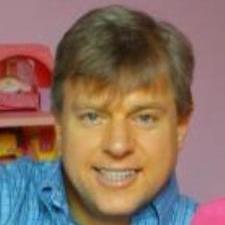