Public speaking for courage and career

"Friends, Romans, countrymen, lend me your ears" is the first line of a famous and often-quoted speech by Mark Antony in the play Julius Caesar, by William Shakespeare. From my view as a college instructor and sales and marketing rep...some students would rather glue themselves and their chair to the floor before they would come up to the front of the class to speak about an assignment, let alone try public speaking.

Well, they're not alone (I felt that way MANY times in high school). However, this is an important part of college--and life: SOMEONE wants to hear what you think and know--and speaking in public about it can be one of the most empowering things you can do (without the chair glued to you). I know: I used to have raging stage fright--I was just terrified of speaking in front of a crowd, let alone the classroom. Naturally, this doesn't go over well with anyone who has plans to be a teacher!

The good news (yes, that's right) is that many colleges and schools now require public speaking; at least one class on your transcript is expected. And it's not as hard as you think; in fact, learning to overcome the fear of speaking can be very useful. (In fact, I had to take public speaking in college several years AFTER becoming an instructor.)

("How can public speaking help?!") Well, for one, it shows a potential employer that you have learned to master a difficult challenge that you refused to let overwhelm you--and that you've made a weakness into a strength. That's a valuable merit to your character.

Second, it's not that bad--in fact, most of the time in school, the audience you're addressing are your own classmates. They're not any more anxious to do it and are probably just as nervous (unless they're in a debate team program). If you want to be involved in politics, law, teaching, sales, or any field where sharing of information is concerned--then learn to speak in public and don't let it scare you.

Much of the same rules about a thesis apply to public speaking: you have to know what makes your idea important and why it's valuable to your audience. You have to prepare good notes in some manner: index cards are useful. The ideas you speak about should be direct and to the point. And your presence as a person of importance is supported by the fact that you've done research on the subject.

I found the chance to do public speaking to be a career-changing moment for me when I gave a speech at my step-father's retirement party at a plush resort dinner. There were men in tuxedos and women in fine evening dresses. What I did was to try and pattern my speech by watching someone on TV whom I liked: Bill Cosby, and the way he timed comments after laughter. My family was astonished at how well I did--and I made sure that I had prepared for this event. It gave me great momentum toward my career in education and sales--and it truly gave me a new sense of achievement. 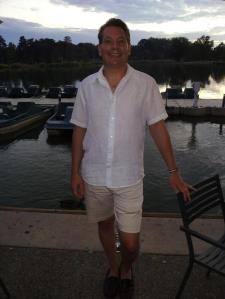 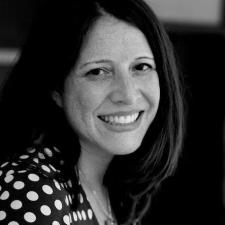