Pros and cons of honors math

In general, if you are struggling for getting a low grade in an honors or AP class, it is better to move down. That way you will get a better grade in the class and have more time for other classes, standardized test preparation, and extracurriculars. Thus moving down will generally improve your college chances.

I did a lesson with a student in honors precalculus at a school like that. She was totally lost and appeared upset. She told me that she got a 500 on her math SAT. I told her father that she definitely should not be in that class with that score.

There was another situation in which a student in 9th grade was taking all honors classes at a private school. I had helped her improve her grades the previous year. We spent 3 lessons reviewing for the first quiz on a review packet, and she got a 60. It was decided that it would be better for her to be in the middle level math class, which prepared students eventually for AB calculus. I will work with her to make sure she gets A's in that track.

I worked with two clients who were not put into honors math and helped them get there. In one case, the student was not put into it because his reading score was too low. In another case the student was not in school when the exam was given for honors math. I helped one of them get 660 and the other 580 on the math SAT while in 8th grade. These were both students who were really good at math and belonged in honors math.

In general, if you are not in honors math, you will not be prepared to take AP Calculus. You will also generally not be in shape to do well in the SAT math subject test. This could make it difficult to get into top schools in subjects like engineering and computer science.

I had two students who I worked with for 2 or more years. Neither was able to move into honors math. However, with tutoring and serious study, one scored 800 on the math SAT and the other 770 on the math level 2 subject test. So it is possible to get good results without honors math, and in some cases it may be better to put the effort into standardized test preparation.

I had a student who I helped improve from C's to A's in honors math and from 680 to 780 on the math SAT. He was taking all AP classes in a competitive district, but he indicated that his grades were poor. He wound up going to a good college, but not a top 100 college. I have to think he would have gotten in somewhere better if he took an easier course load. I is generally better to take classes you get A's in than get B's and C's in the hardest classes.

It is also important to understand that if you are looking to be admitted to top 50 colleges, then you generally need to have mostly honors and AP classes and get mostly A's in them. Having a high unweighted GPA in regular classes at an ordinary school might not be enough to get into a state flagship university.

In general, if you are really good in math, being in the hardest classes will help you realize your potential. However, if math is not your strong area, it is usually better to take easier and less stressful classes.
9/14/2019 | Joseph H.
Honors Classes, Math, Guidance
Mark favorite
Subscribe
Comment 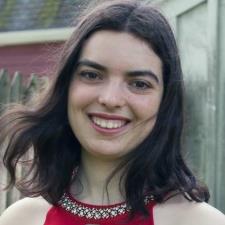 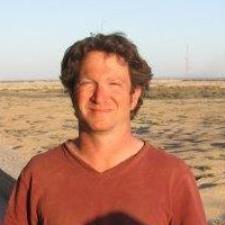