Literature Spotlight: Humanity, Free Will, and Morality in A Clockwork Orange

The protagonist of A Clockwork Orange, by Anthony Burgess, is a depraved young teen named Alex who has a love for 'ultra-violence.' For the first third of the book, Alex gleefully commits felony after felony, robbing, raping, and beating up random innocents just for the fun of it. At first glance, anyone witnessing his nighttime escapades would probably call him inhuman, a monster. And he is certainly degenerate and warped – but is he really inhuman? After all, humanity has sunk to some pretty low depths in history, and the human race is capable of acts of incredible violence and devastation. What do we really mean when we call someone inhuman? Are there some qualities absent in Alex that we feel should be present in all humans? A sense of morality, perhaps? A Clockwork Orange explores the link between morality, free will, and humanity, and shows that despite his outward appearance Alex is more human than we might like to admit.
This link between humanity, morality, and free will is hinted at right from the start, in Burgess's choice of the title and its connotations. The term “clockwork orange” comes from Cockney slang, implying something that is strange to the point of being unrecognizable. Burgess uses the term as a representation of “the application of a mechanistic morality to a living organism.” (P. xv) This idea of “mechanistic morality” is an important one that warrants additional discussion. By describing morality as “mechanistic” in this context, Burgess hints at the idea that morality may be a far more subjective construct than we think. Morality is usually defined as conformity to the rules concerning the distinction between right and wrong. But consider – who is writing those rules?
Orange depicts a governing State with very clear ideas about right and wrong, but also depicts a terrified and ineffective police force, a thriving underworld, and a general lack of efficient enforcement of those rules. Without enforcement of the official morality Alex and his peers have essentially written their own code of ethics, their own distinction between right and wrong. When Alex and his gang run into a rival gang on the street in Chapter 2, Alex explains in depth to the reader the appropriate size for a gang and the attention that should be given to the proper way to get into a fight with them. Their interactions with Billy's gang are formal, cordial. Under a subjective view of morality, the argument can be made that Alex and his peers are still moral individuals, they just have different morals than the rest of society. They know the right and wrong ways to interact with others, and they follow those morals to a fault. Skewed though those morals are, by following them consistently Alex in part 1 is shown to still be unquestionably human. He has opinions and priorities, and acts based on his sense of what is appropriate for the circumstance. His morality is unpleasant to us, for sure, but he certainly does have one. He makes choices knowing that he has to live with the consequences of those choices – there is nothing more human than that.
In Alex's case, the consequences of those choices turn out to be the forcible removal of his free will. Through the conditioning of Dr. Brodsky, he is made to associate acts of violence with nausea and intense revulsion. Importantly, though, this conditioning does not remove the desire, just the ability to act upon it. Burgess makes this perfectly clear near the end of Part 2, when Alex is shown off as a success at the end of his 'rehabilitation'. As proof, Brodsky presents a young woman in a neglige, and Alex's reaction is immediate and visceral:

“the first thing that flashed into my gulliver was that I would like to have her right down there on the floor with the old in-out real savage, but skorry as a shot came the sickness...and now the von of lovely perfume that came off her made me want to think of starting to like heave in my keeshkas, so I knew I had to think of some new like way of thinking about her before all the pain and thirstiness and horrible sickness come over me real horrorshow and proper.” (P. 142)

Clearly, Alex still desperately wants to commit the act, but is made so physically nauseous by the thought of it that he cannot. He's been 'reformed' to fit into Society, 'cured' of his deranged behavior, but in the process they've removed what makes him human. Not only can he not commit violence if he wants to, but he is incapable of even defending himself from attacks of any type. Brodsky demonstrates this when he allows a man to beat Alex up viciously and Alex is powerless to even raise a hand to protect himself.
This helplessness is displayed piteously in the early chapters of Part 3, when Alex finds himself being repeatedly used and abused by everyone from his previous life, unable to stand up for himself in any way. He has been converted into a tool, a mechanical puppet who can be easily used by anyone who understands how the clockwork fits together. The State uses him; he is front-page news as a grand 'success' story of rehabilitation and the mercy of the State. A group of rebels desiring the overthrow of the State get hold of him, and upon hearing his story they figure out how to use him to their own ends. Taking advantage of his conditioning they create a situation that encourages him to attempt suicide, intending to hold him up as a martyr and sway public opinion with propaganda. The suicide attempt failed, the State gets hold of him again in the hospital and 're-cures' him. They remove his conditioning and restore his free will (and thus his humanity), causing Alex to praise them as his saviors.
The final chapter of Orange displays one last twist of thought on this topic. It begins in much the same way as the very first; Alex has found a new group of gang-mates to replace his old group and goes back to his earlier revelry. As an older teen, though, Alex grows to realize he finds no pleasure in the old 'ultra-violence' he used to revel in. Thirsting for something more, he runs into an old gang-mate who is now married. Through a conversation with this friend, he realizes what he's been missing. His humanity returned, his morality now begins to shift – he wants what his friend has. In the final pages, Alex walks off alone into the night, ready to begin the next phase of his life. This chapter shows that while we might have initially thought Alex to be an inhuman monster, really he was as human then as he is now. The shift is one of morality rather than humanity – the only shift in humanity throughout the novel is the one forced upon him by the State's conditioning.
Orange challenges our conception of what it means to be “human” by pointing out that while we might find Alex's 'ultra-violence' in part 1 to be monstrous, we realize through his suffering in part 3 that part 1 Alex was still human. It is far more inhuman to be an automated robot, usable by anyone who understands your programming. Alex's journey in the novel is from flawed but human, to perfect but mechanical, and then back to flawed but human again. By taking a depraved and monstrous character and forcibly removing his free will, Orange shows us that the really inhuman thing is to be unable to make your own choices.
2/26/2016 | Ellen S. | 1 comment
Literature Essay Essay Writing
Mark favorite
Subscribe
Comment 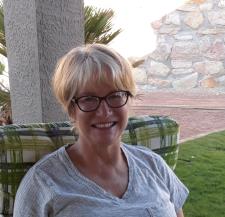 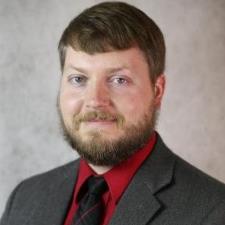 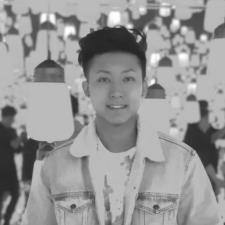