What do we mean when we say that we are in or at a
place? These two small words can be instrumental in helping us to reveal (and conceal) exactly where we are in the world and, crucially, how we feel about being there. Take the sentence, 'I'm at school'. Seemingly simple on the surface, but can't we say, 'I'm in school' too? So, if they both sound fine, why does 'I'm in/at classroom' sound bad? Lets look a little closer.

In for buildings and rooms

This is not a difficult one. If we use in, we are referring to the fact that we are in a place which has walls, a floor, and a ceiling. It can be a room, it can be a building, it can be a cardboard box at the side of the road. It depends on how much money your parents are investing in your education. The thing to remember is that, unlike at, we must use an article here to specify the space we are talking about. However, the days of a one-room village school are long gone and so it would be odd to hear ‘I’m in the school’. That kind of ambiguous statement would work far better with at and without an article. A more likely example with in might be, ‘I’m in the school canteen’, or ‘I’m in the library’. Specification is key here.
In for engagement in a process

The tricky thing about in is that it can be used in another way. When we say ‘‘I am in school’, it can mean that we are currently undergoing some kind of education. We don’t have to be in the physical building when we say it, we are just 'engaged' in this process at this moment in our lives. It’s like when we say, 'I’m in full-time employment’. We are expressing our involvement in a process, rather than our presence in a particular room or building. ‘School’, in this sense, is being expressed as a process in which one is involved, rather than a place. Consider these sentences:

How can he be the CEO of a tech company?! He's still in school!
They have two daughters in school and two much younger children at home.

It would be possible to use at in both of these examples, but it would serve to emphasise the physicality of being at school rather than engagement in the process. It’s also worth mentioning that, in the second part of the the second example, we cannot change ‘at home’ to ‘in home’ because homes are places, not processes.
At for territory

When we opt to use at, it helps us shift the focus from processes, rooms, and buildings to the idea of a wider environment, one which might include sports fields, car parks, bike sheds, and dinner halls. This shift gives us greater flexibility when we want to talk about activities which take place on the school’s territory:

They give us an hour for lunch at school every day.
I made some enemies at school when I set fire to the chapel.
Where am I? I’m at school, of course. Let me get on with my life.

The emphasis in these example sentences is very clearly on something existing or taking place within the territory of the school. At frees us from having to specify physical buildings or engagement in processes.

So, in asks us to be more precise with buildings, and also helps us to refer to our involvement in a process. At, on the other hand, allows one to speak about a territory in more vague terms. This is a useful thing if your child is prone to skipping lessons by hiding out on the roof, kissing other students behind the bike sheds, or sunbathing on the school playing fields. They’re on school territory so, technically, they are still at school. What more do you want from them?
10/10/2015 | Benjamin M.
ESL/ESOL English As A Second Language English Practice ESL Test Russian Grammar Advanced ESL IELTS English Help English Grammar
Mark favorite
Subscribe
Comment 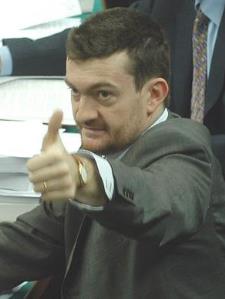