So, we’ve explored the idea of in and at as ways to describe where we are and what we are doing there and found that it's a little bit more than just buildings and borders. In this post, we'll take a look at how using or omitting articles can help us to express how we feel about the places we are in.

Before we begin, let's agree that articles are pretty much the most horrendous part of the English language, especially for Russian speakers. Rather than simple functional devices which can help us build more meaningful sentences, they seem to have more in common with capricious women, drunk on the power of being able to alter their surroundings with the merest flutter of an eyelash. To help us understand them better, I've compiled a series of examples to illustrate exactly how these devices operate.

So, we already know that omitting articles is fine when we are talking in terms of our involvement in a process (I'm in school/court/), or our presence in the territory of a place (I'm at school/church/work). if, however, we are talking about the actual building or room where that process is taking place, we have no choice but to introduce an article. For instance, we can say:

The same goes for ‘I'm in court’. We would never use ‘I’m in courtroom’.

I am in the school

A teacher has had a nervous breakdown and taken a class of students hostage. A team of technicians have been dispatched to resolve the issue. On their way to their target, they maintain radio contact with the outside and their commentary is as follows:

Ok, we're in the school now. We're walking down the corridor towards the classroom. I can hear a noise. He's playing them Modern Talking's greatest hits. Oh, the humanity!

The use of the definite article presupposes that the people outside the school understand all too well which school, corridor, and classroom these people are talking about. The noise, however, is an unexpected piece of information for speaker and listener and, as such, it is preceded here with an indefinite article.

Paul was invited to give a series of public lectures at the school.

Paul is a lecturer who was invited to come and lecture the public at the school.

Paul has been invited to give a series of public lectures at school.

Paul has been invited to lecture the public at a school. Either Paul or me, or both of us, are students at that school. I'm in such a rush, or you know me and/or Paul so well, that I can't be bothered/don't have to use an article here.

I have been invited to give a series of public lectures at school.

I am a precocious student. My teachers have invited me to share my wisdom with the general public at my school.

I have been invited to give a series of public lectures at the school.

I am a lecturer. Do you remember that school we were chatting about at some point? I'm going to be lecturing the general public there.

I was invited to give a series of public lectures at a school.

I am a lecturer. I was invited to lecture at a school. That school is of no particular import in this sentence. What is important is that I will be lecturing the public. Did I mention that I'm a lecturer?

While adding the definite article in both examples helps us to understand that we are not talking about student, it also gives us the freedom to extend with further information if we wish (in the school - library, car park, swimming pool).


Using an indefinite article to be dismissive/aloof

I'm in a school

What do you want? I am in a school in Sarasota, pretending to read The Pet Goat to kids. Yes, I know it's upside down. Is this important?

Using the indefinite article allows us to express the view that this particular school itself is not a priority. It’s just a school, like any other school - packed with kids and teachers and textbooks. It smells funny. The furniture is smaller and cheaper than usual.

Going with an indefinite article might be useful if you are a politician, journalist, travelling lecturer, or police officer. You visit these places a lot, and they have all become indistinct from each other. An endless, predictable carnival - like James Bond films.

If this isn't dismissive enough, the speaker also has the option of replacing 'a' with 'some' - which will imbue their sentence with a slightly more irritable and flippant tone.

- Omission represents closeness to the location. It's good if you want to express a sense of familiarity or camaraderie between the location and listener.
- Omissions before rooms and buildings are a no-no (in the staffroom, not in staffroom). The only exception is numbers (He's in room 101. Stay away from there).
- Definite articles presuppose awareness of a particular example. They allow us to specify without applying names.
- Indefinite articles allow us to strip away unique characteristics, relegating them to nothing but generic examples.
10/10/2015 | Benjamin M.
ESL/ESOL English As A Second Language Advanced ESL IELTS Teaching ESL TOEFL, IELTS, Test Prep English Grammar
Mark favorite
Subscribe
Comment 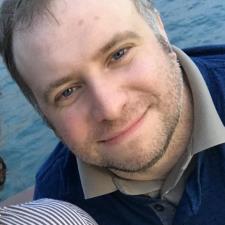 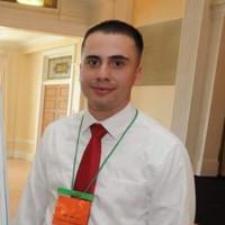