I’m not prone to exaggeration, but when it comes to the words moreover and furthermore, I can safely say that I would rather poke myself in the eye with a sharp stick if it meant that never again would I have to hear them misused in everyday English conversations with Russian speakers.


I see why they come up so often. They both appear, on the surface, to be sweetly analogous to the often-used term ????? ???? and, to Russian speakers of English, it probably feels like it is a suitable upgrade from plain old ‘and’. The problem is that using them in everyday conversations can make you sound, at best, overblown or pretentious and, at worst, vaguely threatening.

That said, as with everything, there is a time and a place for introducing these words. They carry with them, a level of accuracy in meaning which other ‘plainer terms, may not have. We just need to make sure that we understand exactly when and where to use the word; and that the right time and place is not every time and everywhere.

What do these words sound like to a native speaker?

They sound like something which would be used by a cognac-soaked politician from the mid-20th century during a tediously protracted attack on the many failings of the opposition.

‘Moreover, this move towards liberal immigration policy will only serve to damage the cultural integrity of our fair land.’

It can also sound like a headmaster from the same era, who has been lecturing schoolchildren for some time and is now busily constructing a series of threats, each more dramatic than the last.

‘I will not tolerate any further mutilation of the school’s rose garden and, furthermore, if I find the boy who stole my secateurs, I shall use them to redesign his fingers.’
Are you sure that’s not just how it sounds to you?

Well, I did make those examples up, but let’s have a look at some more examples in spoken English from the unbelievably useful Corpus of American Soap Operas.

...you and Mrs. Ryan have attempted to perpetrate a fraud on this court. Moreover, you did so for the purpose of trying to retain custody of a child.

See, I'm a gregarious kind of fellow. I like people. Moreover, I have a very strong sense of family. Samantha and I share a..

But even Mr. Baldwin would concur that she took the scenic route. Moreover, the time and the date stamp indicate that she was at the airport after...

The people have ample evidence to support these charges. Furthermore, we have an eyewitness to these events. Your Honor, we respectfully...

They are all surrounded by other words of a formal register.
Most are from a legal context where an individual is presenting an argument to the court.
Moreover and furthermore are used at the beginning of a sentence.

These three points tells us a lot about the use of moreover and furthermore as oratory tools in these contexts. They are formal, weighty. They are akin to a power serve in tennis - a sign to your listeners that you are about to deliver a deathblow. As such, they (like swear words) need to be used sparingly. If not, they will lose their potency.
Right. What can we say instead, then? In addition to this? Additionally? What’s more? What is more?

None of the above. Unless you are:

Writing something of a scientific, technical nature which requires a flourish at the end of an argument or a list;
Speaking in a pompous or defensive way (by nature or circumstance)

Just use also. It’s nice and understated. The stress is on the first syllable, which makes it appear to implore the listener to listen further, rather than the great hooting second-syllable stress of O in moreOver. It’s a nimble, modest Cinderella next to her bloated, vampish ugly sisters Furthermore and Moreover.
Whatever. I still want to use them. How can I do that?

If you still insist on using either of these words in everyday conversation, at least apply a lighter touch by using and before them. This will allow you to continue the sentence, instead of starting a new one which, in turn, softens the drama. For instance:

As the money was flowing in, all the children were still at home, and moreover the government were offering child support for each of her children, she accepted the offer to be a stay-at-home mother.

Beneath his great admiration, and moreover gratitude for his natural ability, there was still a fear of not being taken seriously.

It was pointless, and moreover dangerous, to destroy the housing of the poor without replacing it, Godwin remarked.

And there we are – a lighter touch to your argument. If you need to add any further drama, I would suggest that you simply arch an eyebrow and slip on a cape.
10/10/2015 | Benjamin M.
Russian English As A Second Language IELTS TOEFL, IELTS, Test Prep
Mark favorite
Subscribe
Comment 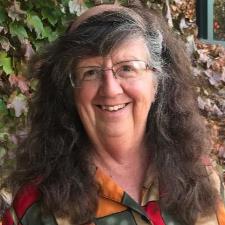 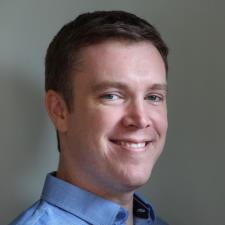