On Friday my TV broke.

Kind of a bummer, but we'd had it for many years and it was time for it to go. Now we needed to get a new one, so we headed out to the store. In the process of our search, we realized that our old TV was at the extreme smaller end of the TVs they now sell, so we were going to need to buy a bigger one. We found one we liked, that was only slightly bigger than our old one. The big question, though, before we plunked down our hard-earned cash, was this: would it still fit on our entertainment center?

Our current TV was sold as a 40-inch model, and the one we liked was 43-inch. However, TVs are measured across the diagonal, not the width, so we needed to know what the actual width would be. My hubby got out a tape measure, and I got out a pencil and paper. He measured our 40-inch TV across the diagonal and found that 40 was actually just the screen size; the full diagonal with the frame was 42.5 inches. We knew the new one's frame was no larger than this one, so we rounded it up to 3 extra inches and made the diagonal of the new one 46 inches – better to over-estimate than under-estimate. Hubby then measured across the width of the old TV and found that it was 36 inches. The question then became: how wide is the new TV?

I immediately realized that this was a similar triangles problem – TVs are rectangles, which means that the diagonal is the hypotenuse of a right triangle, and they all have the same proportions these days since everything's in wide-screen. So I drew up two right triangles, labeled the sides accordingly, and set out to write up a proportion:

To find that the new TV would be ever-so-slightly shy of 39 inches across. Hubby measured the entertainment center and found that it was 41 inches across, so we're safe!

I point this out for those of you who think you'll never use any of the math you're learning after you finish school. Math is everywhere, and having the ability to decipher a word problem and the techniques to follow up on it will help in all kinds of unusual situations. In fact, during the process my hubby pointed out that I could use the Pythagorean Theorem to figure out that third side of the TV, and I responded that yes, I could, but I actually don't need to. I have two sides of the triangle and a corresponding side of the new one, and that's all I needed to figure it out.
8/17/2015 | Ellen S.
Math Geometry
Mark favorite
Subscribe
Comment 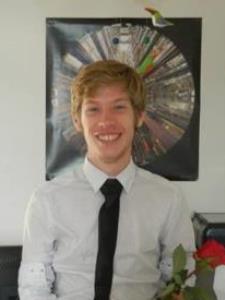 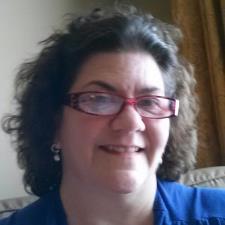 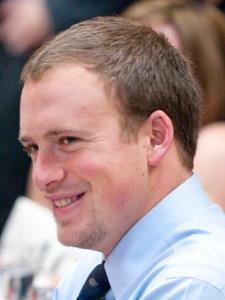