I’ve been thinking lately about why college application essays—any personal writing, really—triggers so much anxiety.  Andrew Ferguson gives us a marvelously personal perspective when he describes his experience as a father shepherding his 17-year-old son through writing the college essays during their last holiday break. He calls this process “the Great Extrusion,” where parents brace themselves “while dragging, pulling, tugging word after word and draft after draft from the insides of their mulish offspring until something presentable appeared.” Ferguson first gently, then more forcefully, offers stacks of books with sample essays to his son, as he does all he can to help without actually writing the essay for him.
By contrast, Robin Mamlet, a former Dean of admission, and Christine VanDeVelde, a journalist, offer a professional perspective. Their clear, step-by-step approach to the college essay advises 10 drafts written over the span of at least one month. They also strongly recommend that you steer clear of any essay samples that “worked,” and instead suggest reading personal essays from professional writers such as Amy Tan, Anne LaMotte, and David Sedaris.
Both books, however, underscore how the essay hinges on the student's voice, a crucial thing for both traditional and nontraditional applicants to develop. The cornerstone of Mamlet and VanDeVelde’s book is that the whole application should reflect the student’s “authentic self.” In the context of the essay, they insist that “There is no single ‘right’ topic. Any topic that reveals your true self, in your own voice, is right.”  This is why they want you to stay away from samples, to avoid having your true voice tainted by the idea of a perfect essay that delivers what the college wants to hear.
Several drafts in, Ferguson notes how trying to write what “they” want to hear has impacted his son’s voice: “the real problem was that the essay wasn’t true – wasn’t true to him, I mean. He had accurately described the events, so far as I knew them. But he had related them in a voice, and with an emphasis, that weren’t his.” Fortunately, the son does go on to develop a better essay over several more drafts (he does get into his preferred school), though it seems doubtful that he felt the essay ultimately reflected his “authentic self.”
And here is where I come to back to that writer’s anxiety. Even if you are a nontraditional student, or don't have a parent supporting you, or are another solo writer grappling with personal writing, the idea that a “Great Extrusion” will result in presenting one’s “authentic self” on the page seems a paradox. We have an ingrained, cultural notion that you are at your most real when you are off the cuff (at a bar, at a family barbeque) rather than performing (at a job interview, in a painfully crafted essay). And if you are not someone who is comfortable performing, or if you concoct images of committee members glaring down at you from 10 feet above your head while you sit down to write, no wonder your authentic self hides under the bed.
And yet…imagine (and this is an artificial scenario) that you are at a party and someone you like and feel relaxed around asks you “Tell me a story about who you are.” How many of you could answer that question
right away? How long would it take you think about that, even in a low-pressure situation? But stopping to think about what you want to say, doesn’t make your story any less real.
I suspect, too, that anguishing over the question, “What do They want to hear?” is a way of avoiding the larger anxiety that comes from asking, “What do I want to say?” The first question confirms a fatalistic belief that you are not in control of this process (and thus, They are responsible for rejecting you). The second raises the intolerable possibility that you can pull and tug something real out from under the bed, only to find that you have been rejected on your own merits.
The good news, of course, is that authentic personal writing, by definition, is never about putting your entire authentic self on display. Your off the cuff self can, and should, continue to curl up under the bed, safe and secure.  Mamlet and VanDeVelde put it this way, in the context of receiving a rejection: “Understand that while the application process is all about you and showing colleges who you are, the decision process is often more about the colleges and their priorities. Don’t take it personally. You weren’t denied—your application was.”
Books to Read
Ferguson, Andrew.  Crazy U: One Dad's Crash Course in Getting His Kid into College.  New York: Simon & Schuster, 2011.  Print.
Mamlet, Robin and Christine VanDeVelde.  College Admission: From Application to Acceptance, Step by Step.  New York: Three Rivers Press, 2011.  Print.
10/29/2013 | Sarah S.
College Counseling College Essay College Application College Admissions
Mark favorite
Subscribe
Comment 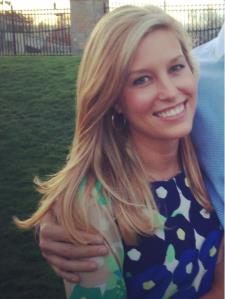 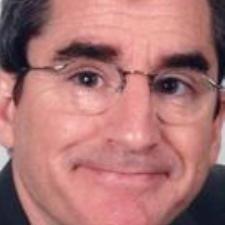 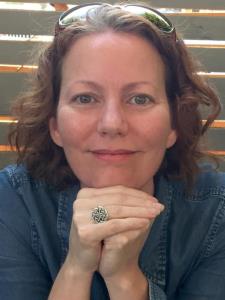