Countless entries exist in published books and online blogs about chemistry and the numerous concepts associated with the subject. In pompous arrogance, I will redundantly create my own version of information, because I feel that I can convey this information in an effective manner. This blog entry will cover what I feel are some basic concepts of the elements that comprise nature. I’ll attempt to convey some information about atoms, and the periodic table. This blog entry will take the approach of conceptual general chemistry. I may venture into quantum levels of chemistry at a later date.

The rows of the periodic table are called periods, and the columns of the periodic table are called families or groups. The association of properties within a period is generally not as strong as those within a group. Thus, the columns or groups of the periodic table can be utilized quickly to rapidly determine certain aspects of an atom such as the number of valence electrons present in the stable elemental form of an atom. Valence electrons are the outermost electrons present in an atom, available for the formation of bonds. Interatomic bonds come in two primary types: covalent bonds and ionic bonds. Ionic bonds involve complete transfer of electrons from one atom to another, generating a cation (positively charged ion, and an anion (negatively charged ion). Ionic bonds form between a metal or transition metal and a highly electronegative non-metal.
Electronegativity is the tendency of an atom or polyatomic functional group to attract electrons. Increasing electronegativity indicates a higher affinity for electrons. Electronegativity is affected by the atomic number and the distance of the radius of the valence electrons from the nucleus. Electronegativity increases with atomic number, but decreases with increasing radius of the valence electron orbital. Increasing atomic number indicates an increase in number of protons. This would increase the positive charge of the nucleus, increasing the strength of attraction of the nucleus to each electron. This is counterbalanced by increasing radius: the further the distance of the electron from the nucleus, the decreasing effect of the positive charge upon each electron. Thus, electronegativity increases on the periodic table from left to right, and from bottom to top. This means the most electronegative element known to man is fluorine. When it comes to organic compounds, the most electronegative atoms of interest are oxygen, nitrogen and sulfur.
Unlike ionic bonds, covalent bonds involve a true sharing of electrons between atoms. Two atoms sharing electrons combine their atomic orbitals into a new molecular orbital. Two electrons take up residence in the new molecular orbital and spend time around both atoms. The amount of time the electrons spend around a particular nucleus depends on the electronegativity of the two nuclei involved in the covalent bond. If the two nuclei have roughly the same electronegativity (eg: hydrogen and carbon), then the electrons will spend equal amounts of time around each nuclei, and the covalent bond is considered non-polar. If the two nuclei involved in the covalent bond have different electronegativity (eg: carbon and oxygen), then the electrons spend more of their time around the more highly electronegative nucleus. Due to this difference in electronegativity, and difference in sharing of electrons, there is a polarity to the covalent bond. This polarity within the covalent bond gives rise to a dipole within the bond.
If a molecule is composed of several atoms, and there are more than one electronegative atoms or polyatomic functional groups giving rise to more than one dipole, there will be a summation of the dipoles (giving rise to a net dipole within the molecule). If the net dipole is equal to zero, then the molecule (despite its polar covalent bonds) is considered a non-polar molecule. Another way to look at this concept of polarity is to consider the electronegativity first, before considering the dipoles. An unequal distribution of polarity within a molecule generated by an asymmetric distribution of highly-electronegative atom(s) or highly-electronegative functional group(s) will give rise to a net polarity within the molecule. This means that molecules with an unequal or uneven distribution of electronegative atoms or polyatomic electronegative functional groups. This is why conclusions drawn from analysis of dipoles or analysis of the electronegative properties of the groups involved in these dipoles will arrive at the same place.
Why is electronegativity and polarity of molecules important? That’s a subject for another blog entry. For now, this entry will close on the ominous concept that polarity or lack-there-of is a very important trait of substances, and plays critical roles in organic molecules and living systems.
9/18/2013 | Wesley S.
Atom Molecule Periodic Table Electronegative Ionic Bond Covalent Bond Element Neutron Proton Electron
Mark favorite
Subscribe
Comment 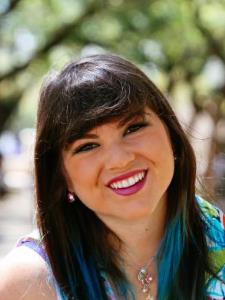 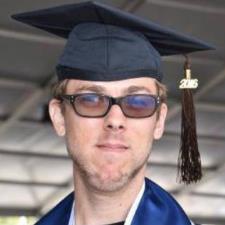 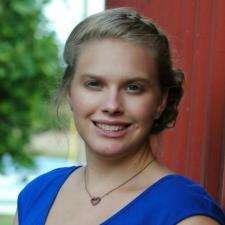