The key here, I think — is that we’re looking for the answer that provides a check on both the executive and judicial branches. The only option that meets this criteria involves the nomination and confirmation of federal judges. To answer this, you need to know that the executive branch nominates federal judges, but Congress (the Senate) decides whether to confirm them. That means Congress checks the executive by having a say in determining who gets to become a federal judge. If the executive chooses nominees that are considered too extreme, for instance — Congress has the authority to refuse confirmation. Likewise, Congress checks the judicial branch by being able to affect the composition of the federal judiciary. Theoretically, then, if Congress doesn’t like how the federal judiciary is operating — it can wield its authority by refusing to confirm certain judges.

What happened at the end of the war?

how many states did we have when our country first began 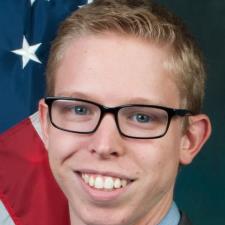