What were the attitudes of white and black southerners toward Reconstruction?

What were the attitudes of white and black southerners toward Reconstruction? 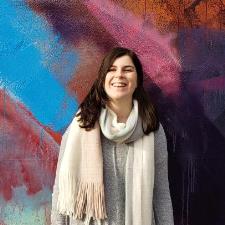 The attitudes of black southerners was most probably favorable during post slavery reconstruction as they gained many rights such as the right to vote and the right to own property. This was also favorable as they could now advance in society due to their newly found enfranchisement, you can see this through novels like up from slavery by booker t washington. Black senators were elected and several black people used the money they had saved to buy their freedom, if they had accumulated a large enough sum, in order to buy land. Amendments were enacted in order to promote equality among races.

Whites on the other hand did not view it so favorably as they created the sharecropping system which negatively impacted the rights of African Americans as it took away their ability to advance in society by putting them in a form of indentured servitude where they could not leave the land they had once worked on. Many of those same black people who had been elected were not reelected as blacks were restricted through the slave codes such as the grandfather clause and literacy test.The KKK is also a good example of anti reconstructionist sentiment as well as plessy v ferguson. You can also mention the fact that most southern whites were also poor and resented that socially they were now in league with poor African Americans.

Many white southerners were very angry with Reconstruction because they felt that it was adding insult to injury of their defeat. The South had been devastated by the war, losing thousands of men and much of their infrastructure and urban landscapes. They resented that Northern soldiers were coming into their states, making them swear loyalty oaths to the Union, and preventing them from re-enslaving the black population.

As for black southerners, most of them were illiterate as they had recently been enslaved and it was illegal for slaves to learn to read. This makes it hard to know what they thought. However, some of their experiences were recorded by the Freedmen's Bureau. We can safely say that black southerners were much happier under Reconstruction than they were as slaves, as black men were allowed to vote and some were even elected to public office. But this was short-lived, as Reconstruction ended with the rise of Jim Crow laws and the Ku Klux Klan. This left black southerners little better off than they were as slaves, and many stayed on the plantations as sharecroppers.

Reconstruction was the time period after the Civil War had ended where the Northern states worked to reform and rebuild the Southern states both physically and socially. Black southerners welcomed the idea of Reconstruction because for them, it meant that they would no longer be slaves and would enjoy the benefits of being recognized American citizens with the ratification of the 13th, 14th, and 15th amendments. One limit, however, is that only black men would have the right to vote under the 15th amendment whereas women would have to wait until the 1920s to earn the same right. Black southerners were happy to the idea of being protected as American citizens.

White southerns, on the other hand, were not thrilled with the plans of Reconstruction. Before the Civil War, the South's economy was primarily built up on the domestic slave trade and it heavily influenced the southern hierarchy. With the former Confederate States rejoining the Union, they had to abide by the new conditions where the slaves must be freed and recognized as American citizens. White southerners strongly opposed this idea because they benefited greatly from the slave population being given respect solely based on the fact they were white. As a response, White southerners formed the KKK to ensure that Black southerners would not vote in elections, try to find higher paying jobs, or even try to move away from their former masters. In addition, some White southern politicians created the black codes, which would later evolve into the Jim Crow Laws, that limited the amount of freedom Black southerns had. They also created the system of sharecropping, which was a new invention of slavery under a different name. The 13th amendment allowed the Southern Politicians to do this because it stated that slavery was illegal within American borders and territories unless it was used as punishment for prisoners. Sharecropping became a way for former slave masters to get their slaves back with white authorities arresting them for minor offenses such as loitering and homelessness. White southerners overall did not agree with Reconstruction and took drastic measures to reverse the work done.