Hypothesis for a paper on Electoral Systems

My name is Michael and I am preparing a proposal for my paper on electoral systems. In my paper I would like to examine, which state, UK or Canda is more propne to move towards a proportional representation system, instead of FPTP one. However, I have a question, what should be a hypothesis here? Or, at least, how should I reform the problem to fit here a hypothesis.

Thank you in advance for your help and best wishes,

You already have your question. Now your task is to answer that question. To write a hypothesis one must begin with a research problem- you are asking the question "who is more prone to adapt a proportional representation or a FTPT"?

In order to make a claim about who is more prone to accept a certain system, you should do some research that will lead you to believe that either the UK will be more prone or Canada.

After doing some research you can now make a "hypothesis" about the answer.

The hypothesis is a statement that suggests an answer based on preliminary research.

In order to come up with a definite claim, you of course will have to do some more specific research which shows that either your claim is correct or not.

So a hypothesis is basically a research question that begs more research in order to come to a solid conclusion.

And your proposal will state your first suggestion (based on some prior research and called a hypothesis), then use the rest of your paper to include the evidence from more credible research and

the conclusion, or banswer, or claim that supports your suggestion.

Basically a proposal is a type of argument that asks a question and based on prior research, makes a suggestion (written as a cause and effect question). It is what you propose.

I have copied a checklist for you to follow. It is from a credible site!!

Hypothesis testing is a formal procedure for investigating our ideas about the world using statistics. It is most often used by scientists to test specific predictions, called hypotheses, that arise from theories.

There are 5 main steps in hypothesis testing:

Though the specific details might vary, the procedure you will use when testing a hypothesis will always follow some version of these steps.

After developing your initial research hypothesis (the prediction that you want to investigate), it is important to restate it as a null (Ho) and alternate (Ha) hypothesis so that you can test it mathematically.

You want to test whether there is a relationship between gender and height. Based on your knowledge of human physiology, you formulate a hypothesis that men are, on average, taller than women. To test this hypothesis, you restate it as:

Ho: Men are, on average, not taller than women.

Ha: Men are, on average, taller than women.

For a statistical test to be valid, it is important to perform sampling and collect data in a way that is designed to test your hypothesis. If your data are not representative, then you cannot make statistical inferences about the population you are interested in.

You should also consider your scope (Worldwide? For one country?) A potential data source in this case might be census data, since it includes data from a variety of regions and social classes and is available for many countries around the world.

If you need more help please ask for a lesson! 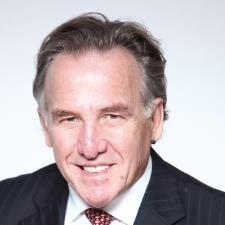 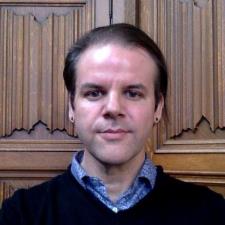