Thank you Edquin for your question.  As a 64 year old white man in the rich suburb of Moorestown and as one who lived through the late fifties and the violent 1960's I was keenly aware of the political discourse of the day.  I remember vividly as a child in Burlington, NJ a day in October, 1960 during the presidential campaign my next door neighbor told me to vote for Kennedy because we were both Catholic.  My neighbor across the street (an older Italian man) later said that we should vote for Nixon because "he'll keep the n***ers down."  My friends and I laughed and we all became republicans.  A decision that has now haunted me terribly.  You see, there is some truth to the saying that if you want to live like a republican you should vote for a democrat.  But I digress.

To your question, the effect of segregation in the south was well known and wide spread.  The cause was hushed up - no one wanted to reveal that every aspect of life was geared toward suppression of the black man.  It was so deplorable that even in the 1960's if a black was walking down the street and came across a white person they had to tip their hat and bow their head in reverence.  The persecution was unmerciful in the south but somewhat more tolerant in the northeast.
As I read the letter from Dr. King I am more respectful and amazed by his vision and drive.  I wish I could have done more in the 1960's to further the cause instead of perpetrating it due primarily by peer pressure.  When you hear of "white guilt" it is the feeling we now have that we made the wrong decision and are sincerely remorseful without regard to criticisms of today.  Reading his letter made me say to myself, "wow - he really was great!"
So the effect of segregation - keeping blacks in certain sections of town and not letting them participate in organizations, government processes or even eating at the lunch counter with whites was deplorable but not something talked about in society.  But the question of underlying cause was a combination of government policy and long standing beliefs of the southern white population.  As an 8 year old child I did not use the word "n***er" without hearing older adults and friends use it often.  I can honestly say I never heard my mother or father use it in a derogatory manner.  I am happy for that.
So you can see that the basic cause created an environment that exploded by the mid-1960's with the Watts riots and the Newark riots.  The burning, the looting was not a manifestation of core principles held by blacks but rather a despair of hope and a strangulation of resources caused by the government either by design or by default.  It was a terrible time buffered only by the great feats of my favorite player of all time, Mr. Henry Aaron.  Yes, thank God for sports - we emulated Wilt the Stilt, Willie Mays, many of the great black sportsmen.  But we just went along with our own lives - we were too busy trying to get ahead without regard for the depraved.
Its a lot like today.  You wouldn't know it but there are millions of us right now who have been devastated, decimated and destroyed by this man made Great Recession.  We went through bankruptcy and lost everything, we went through foreclosure and lost our house, we had to sell assets, our furniture, our jewelry, our coin collection and, yes, I had to sell my baseball card collection with Mays, Aaron, Mantle and Maris for pennies on the dollar.  It is a disgrace!  Where is the government to help us?
But you don't see rioting in the streets, burning, looting, shooting.  We suffer in silence - losing everything without recourse and with no hope or change from Washington.  The Wall Street rich rendered us destitute and we have no way of getting our money back.  Where is the government when you need the government?  Its time for a change.  Change - this time, its for real!
Thank you for reading this diatribe and good luck in your studies.
Upvote • 0 Downvote
Add comment
More
Report 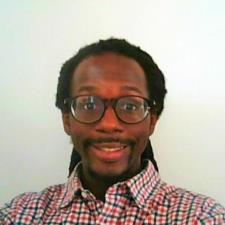