A researcher is interested in comparing a new self-talk method for reducing anxiety in individuals who are “clinically anxious.” Assume the mean and standard deviation of this measure of anxiety for the population of anxious people are (μ = 45, σ = 11.2). A group of n = 71 randomly selected patients with an anxiety diagnosis are trained on the self-talk method and use this method for several weeks. Following this, they were measured on with the anxiety scale. The sample mean and standard deviation were : M = 41.3, s = 9.7. Use the 5 steps of null hypothesis testing to determine whether the self-talk method changed the anxiety of the group of patients. Use an α = .01 (99% significance level), two-tailed test. Be sure to clearly label each step. (show all work)
Follow • 2
Comment • 1
More
Report 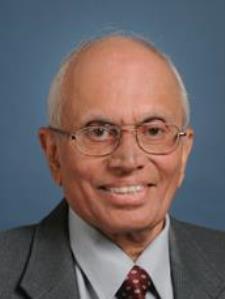 By:
Theresa:
Step 1: Checking assumptions.
1. Have we  used a random sample.  Yes. the question says so.
2. Is the variable on interval-ratio scale?  The problem does not say this explicitly.  However, it gives the mean and the SD, which make sense only for interval-ratio scale.  So we assume it.
3. N > 50, so we need not assume a normal population, but take recourse to the central limit theorem, using the sample mean as a statistic. (we will use the z_statistic, not t)
Step 2. Stating the null and the alternative (Research) Hypotheses. Select alpha. the significance level.  The problem gives alpha = 0.01.
The null hypothesis states that there is no change in the anxiety of the group patients.  Then the mean will be the same.  Hence
Ho : μ = 45.
The alternative hypothesis says whether the self-talk method changed (not reduced) the anxiety of the group of patients. This change can be either direction. However, in the beginning we are told "A researcher is interested in comparing a new self-talk method for reducing anxiety in individuals ..."  So the mean will be smaller than 45. Hence we will set the alternative hypothesis as
H1 : μ < 45.
Step 3.  Test statistic and its sampling distribution. Note that the population SD is known, σ = 11.2. Sample SD should not be used.
The test statistic is z = (X_bar - hypothesized mean)/ S.E.(X_bar) = (X_bar - hypothesized mean)/ (σ/√n)
Step 4. Compute the test statistic.
z = (41.3 - 45)/(11.2/√71)) = -2.784.
Step 5. Decision and interpretation in context.
Since the alternative is one-sided and states μ < 45, smaller values of z favor rejection of the null hypothesis.  From the web-link     http://stattrek.com/online-calculator/normal.aspx     we get for z = -2.784, the P_value to be 0.0027, so the probability of getting a sample result less than what is observed is VERY small, less tham 0.27%.
Interpretation in context.  The data provide very strong evidence against the hypothesis of no change in the mean in favor of the statement that the mean of the test for the group of patients  using a self-talk method is smaller, resulting in reduced anxiety.
Loooooooong question!
Dr. G.
Upvote • 1 Downvote
Comment • 1
More
Report
Report 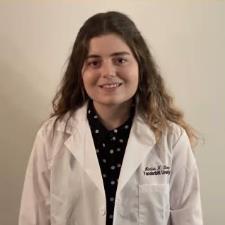 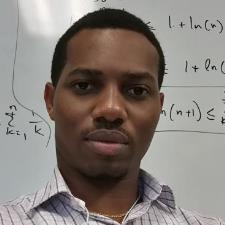