I need help on this project thing and i just cant seem to find the answer please help me.

How have the people and events during the different eras in U.S. History have been reflected in the cultural expressions (art, music, film, and literature) of that time.
Follow • 2
Add comment
More
Report

By:
Hi Daniela from Comanche, TX...hope you had a great day in school.
Thanks for connecting with Wyzant...I am here to help.
Your question is one which isn't easy to answer. Not that it is difficult, but this is like asking a question like, how or why are animals the colors that they are? Well...the next question might be, what kind of animals, those that walk on 4 legs, have fur, have feathers, live on land...etc...
So Daniela...I'm going to give you some ideas and direction, then it will be up to you which directions and how in depth you want to go.
I'll give your some examples to show you how you might give an idea...
Let me give give you a single subject:   war
Here is another topic or subject which has reflected social and cultural expression, taking place at the time of those events, we say contemporary
Let's take the topic of computers and the turn of the century, 2000
So...Daniela...I have give you a number of topics and examples of how to begin to put your own thoughts and ideas together to begin to address your project. Find out what you want to focus on then began to think about some of the ideas how you want to address your assignment.
If you need any further assistance, connect with my on Wyzant
Upvote • 0 Downvote
Add comment
More
Report 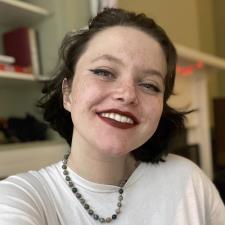