ALERT! Do NOT update Adobe Flash Player for OS X

A recent updater for Adobe Flash caused it to fail on certain older Mac models (like my Mid/Late 2007 Macbook Pro). A fix was released within a week, but keep in mind there are alternatives out there for watching YouTube, such as HTML5.   In addition, you should never download a Flash updater from anywhere except Adobe. Not too many years ago there was a trojan horse made to... read more

Part 2 of the Flash/ AS3 programming tutorial.

This is part one of a two part on-screen tutorial where we walk through the Adobe ActionScript 3.0 source code required to make a "Wheel of Fortune" type of game component. We also go over some of the basics of Adobe Flash Professional...

This a basic example of shape-tweening and the ability to bring things to life. Similar to the movie "The Wizards Apprentice" this small video will show the power you have over vector designs within Flash. As you watch a broom jump notice...

Hey all, My name is Ben E., a new Tutor on the WyzAnt network. I specialize in Animation, Drawing, and computer design. I hope to get to know some of you! Thanks! Ben

This is a sample of my work so you can get a feel of what I do. I want to prove to you that I have more than just a title. I can actually do what I am certified to do.

Hello, So I recently purchased about 8 books off of amazon.com the other day, three of which were specifically for Flash CS5. My current day job asked me to teach an extra day on Thursdays which meant I had to drop my Adobe After Effects class. Since I am addicted to animation, I took it upon myself to re-learn Flash. So I'm starting off with the Adobe Classroom in a book series, then... read more

Well to start this off I think I'll talk about what I have been working on as of late: Flash: I have been building a media library that utilizes a php script that reads the names of the files in a server and then sends that info to flash where it gets converted to an XML file in flash. Those audio files are then loaded into an array that populates the list that is sorted by the information... read more

Hey there Arizonian broadcast, web and print designers! I just wanted to introduce myself and to offer my training services. I just moved from Chicago to Arizona where I was an editor and motion graphic designer working for Comcast. In that time I learned techniques for creating compelling print, web and motion graphic designs and creative editing. I love to teach and would love to impart... read more

This is exciting! I look forward to the opportunity to tutor for WyzAnt. A friend referred me, and it looks like it fits perfectly with what I'm looking for. I wanted to share some news of mine with you. I co-manage a popular Adobe User Group in the San Jose area that I thought you may be interested in. We meet once a month on the first Tuesday, and we give a live demo or answer questions,... read more 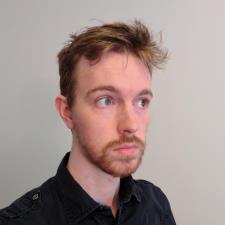 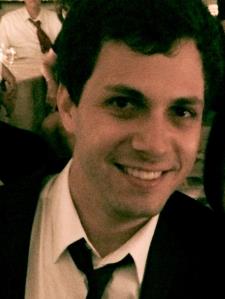