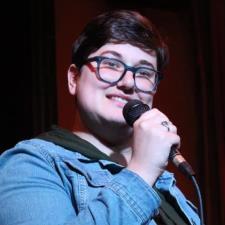 How to Start Learning French: An Indispensable Guide

French is not considered a difficult language for English speakers to learn, but it can certainly seem that way at the start.

Do you want to start learning French as a second language, but not know where to start? The internet has made great strides in the availability of foreign language education. The information you need to learn French at home is out there - classes, apps, English to French books, tutoring, and other French for beginners programs, but how do you figure out what will work best for you?

What’s the best way to learn French online? That depends on you, but if you follow these steps to learning French, you’ll start off on the right foot.

How to learn French on your own

Success in self-directed French study is definitely possible if you put the right work into it. Is French hard? Some people have an easier time than others. Whether you’re naturally suited to language learning or not, there are ways you can set yourself up for success.

Start by setting achievable, specific goals. If you’re stuck on that, think about when you would consider yourself “fluent” and what you want to do when you reach that level. Your goals could be something like going on a trip, communicating with French-speakers at work, reading certain literature in French, or watching films without English subtitles.

Once you’ve set your goals, stick to a schedule. How long does it take to learn French? Educators recommend seven hours per week of work to become conversational in a year. You can distribute those hours in whatever way you prefer, but try to consistently work during a time of the day when you’re at your most alert. Choose how you spend those hours based on what you need to work on the most.

Having the right attitude is just as important as using the right study materials. If you go into learning French with an attitude of curiosity instead of obligation to meet certain milestones, it will be easier to maintain your enthusiasm over time

Read More: How to Learn French on Your Own

Self-directed study may be liberating, but it’s important not to pick up bad habits in the process. Mistakes are an important part of learning, but mistakes in your approach that become habits might take more time and effort to correct than they would if you nipped them in the bud.

Some examples of these mistakes include using an approach that doesn’t match the way you learn, setting vague goals, getting discouraged by your mistakes, focusing on the wrong vocabulary, not asking for help, thinking immersion requires moving to another country, and thinking it has to be hard.

Learning how to establish good habits instead of these bad ones will get you on the right track sooner.

French grammar can be intimidating for beginners. There are a lot of different conjugation types, and some concepts simply do not exist in English - like grammatical gender, having two different words for “you,” and making adjectives plural like the noun. However, that doesn’t mean it isn’t hackable. Though a little rote memorization is unavoidable, the best thing you can do to learn French grammar is look for patterns.

Unlike English, every French rule exists on purpose. Since the seventeenth century, a forty-member institution called L’académie Française has codified every part of French grammar. Because of that intentionality, many French grammar rules make more sense than their English counterparts.

The clearest example of this are plurals. You won’t find anything like mouse/mice in French because there are fewer exceptions to the general rule that adding an -s to the end of a word makes it plural. There is some weird stuff tossed in the mix to keep non-native speakers on our toes, though. How else would they explain “le squelette”?

Whether you consider yourself a French beginner or are already well on your way to fluency, French verb tenses probably give you a headache. There are more than 20 of them! French grammar also uses les modes (moods) to indicate how a speaker feels about an action, which changes just how many ways there truly are to express a complete (and grammatically correct) thought.

The three main tenses - past, present, and future - are the right place to begin. Understanding the nuances of each of these tenses will make learning all those moods even simpler.

The most logical place to start learning how to conjugate French verbs is with the present tense. It’s both the easiest and allows you to communicate the most concepts. There are three kinds of regular French verbs: -er verbs, -ir verbs, and -re verbs, each with different conjugation patterns.

A logical next step in French verb conjugations is the past tense. There are three ways to talk about the past in French: le passé composé, l’imparfait, and le passé simple.

Le passé composé is the most common one and the easiest to understand. It is used to describe events that took place entirely in the past.

L’imparfait describes people’s emotional or physical states during past events, “used to” expressions, and events that were ongoing while something else was happening.

Le passé simple is used in literature, so most French instructors don’t spend a lot of time on teaching how to use it, just how to understand it when you read it.

There are also three ways to talk about the future in French: le futur proche, le futur simple, and le futur antérieur.

Le futur proche is for “going to” expressions and works almost exactly the same as it does in English.

Le futur simple is equivalent to “will” statements, though it’s constructed differently that in English because the word “will” on its own does not exist in French.

Le futur antérieur is for “will have” statements. Like le passé composé, it has two parts: a helping verb and a main verb.

French sounds may be hard for English speakers to make. The nasal sounds will especially take a lot of practice because English does not have a direct equivalent. There is good news though: French pronunciation rules are more consistent and logical than English pronunciation rules.

Don’t wait to start working on pronunciation. Start by learning the sounds that each letter makes in French, then keep working on it until it doesn’t feel weird anymore. Practicing with the intention to get it right early will help you speak more confidently. Listening to native speakers will also help you sound more authentic.

Unless you only plan to use your French in stuffy, formal settings, you’ll need to learn about colloquialisms at some point. And unless you are stuffy and formal as a person, you will probably want to anyway. They’re fun!

As you’ve probably guessed by now, non-literal expressions don’t translate directly between languages. Learning a few of the most common French phrases, expressions, idioms, and colloquialisms will get you on your way to speaking French more like a native speaker.

In French, and most languages that use the Latin alphabet besides English, accent marks can entirely change a word. Using them is essential.

However, if you’re used to only typing in English, figuring out how to type accent marks is, simply put, not intuitive. It works slightly differently for every word processor and every device, but you can learn them all with this guide.

Learning a little French before you go to France (or any other Francophone territory) is always a good idea. If you’re going on your trip soon, you will need to focus on different topics than other new learners.

Starting with greetings like most beginner French instruction programs is still a good idea, but after that you will need to focus on things that will be relevant to your travels. You will also need to know how to ask for help or directions, apologize, and order food among other things. It is also a good idea to learn about social norms before you go. Knowing how to be respectful to locals isn’t just the right thing to do, but it will make your trip much more enjoyable.

Partner with a French tutor

No matter what your French learning goals are, a tutor or conversation partner can help you meet them. Hands-down, personalized lessons in a new language are the most effective method of starting on a path to fluency. 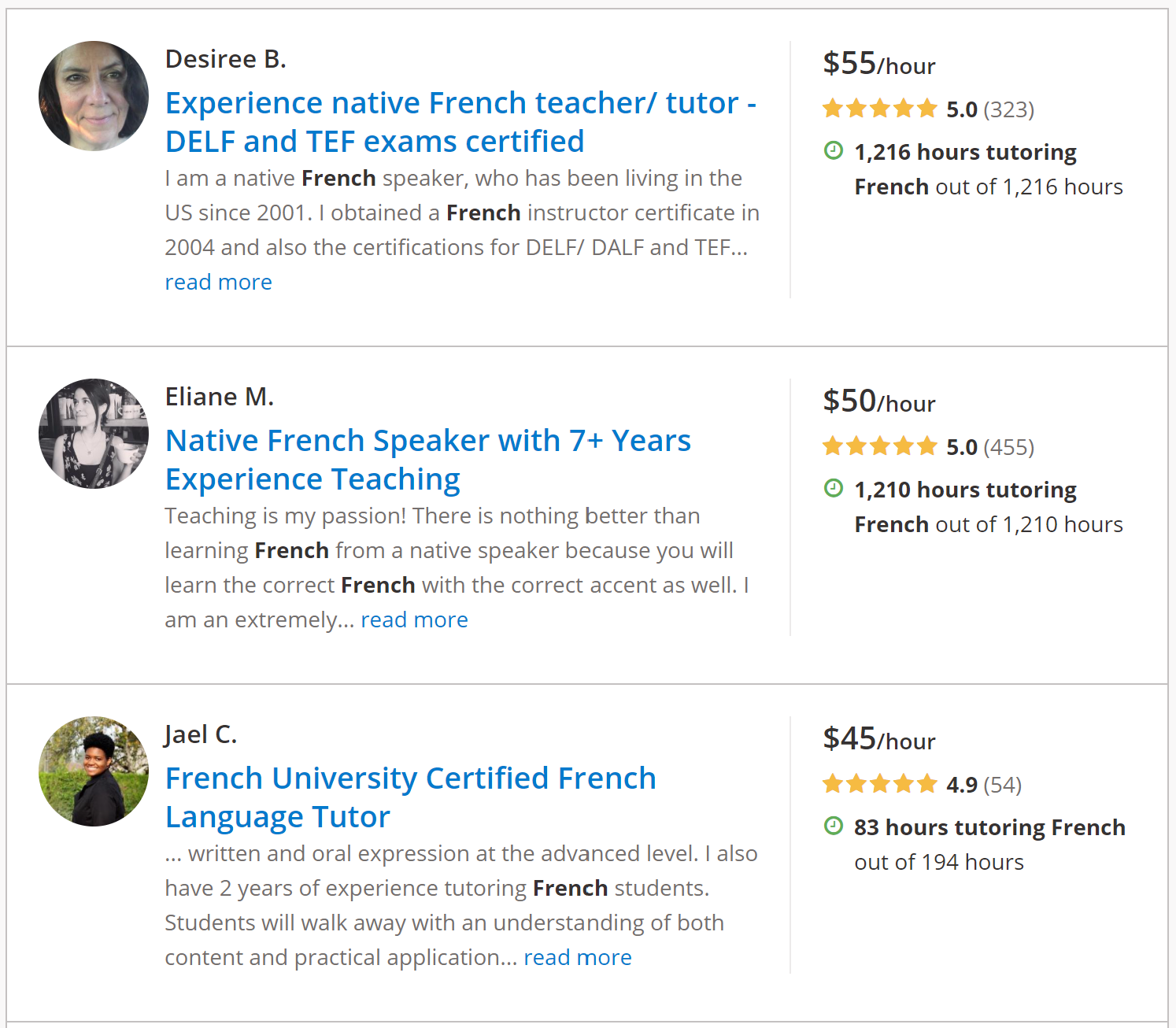 French tutoring is so much more than help with school assignments. One-on-one assistance can hold you accountable in your self-study, and that study will be more productive, since your focus will always remain on the elements of learning French that you need help understanding (no one-size-fits-all approaches here). There are even tutors that specialize in adult learning. With online sessions, you can easily fit sessions into your schedule.