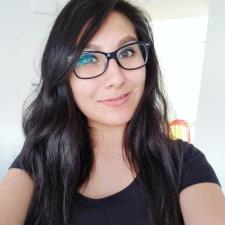 80 Useful Spanish Words and Phrases for Every Beginner

Learning Spanish online, through personalized lessons, is one of the most practical methods for picking up the language effectively.

Spanish is the second largest language in the United States. Many students are looking for different ways to learn it than simply traditional methods. They’re in luck - learning Spanish online, or through personalized lessons, is one of the most practical methods for picking up the language.

First-time students of Spanish seem to be interested in a simple question: how to learn Spanish faster. One way to begin is by learning basic Spanish phrases and words. As a beginner, you’re likely interested in learning easy phrases to introduce yourself, ask questions, order food, or travel.

To begin, though, it’s essential to understand basics about how to speak and write in Spanish. For that, let’s first look at general information on Spanish pronunciation, accents and accent marks, and some Spanish grammar rules.

Generally, in a word in Spanish, each vowel and each consonant are pronounced.

The “r” is a soft vibration, and the “rr” is a rough vibration using the tongue.

Last but not least, the “q” (like in queso) is pronounced like the “c” of “cat.” The “u” following the “q” is always silent. So, the word que, which means “what” in English, is pronounced keh.

One best way to learn Spanish is by practicing these sounds. You will feel more comfortable using them regularly, and your pronunciation will be refined.

Another example is the word ac-ti-vi-ty. In English, it is stressed on the second syllable “ti.” In contrast, actividad (activity) in Spanish is emphasized in the last syllable: ac-ti vi-dad.

A good number of words in Spanish have stronger stress in one syllable. There are other words, though, that don’t have stress in any syllable. Most of them are monosyllables like articles el, la, los, las (the) and possessives mi, su, tu, sus (my, your, his, hers).

In Spanish, accent marks are essential. More often, an accent (or lack of it) completely changes the meaning of a word.

A good example is llamo (present tense for “I call”) and llamó (preterite tense for “he/she called”).

The dieresis (ü) is used on top of the vowel “u” after the letter “g” in certain words to request that the “u” must be pronounced.

The virgulilla (ñ) is only used on top of the letter “n”. When we see a word with a virgulilla it suggests to pronounce the n more strongly. The sound is like a “ny” sound.

The acute accent is the most common accent mark in the Spanish language. It can appear above all five vowels: á, é, í, ó, ú. At most, it appears once per word.

Generally, an acute accent is used to denote word stress.

For example, the word canción (song) has a sharp emphasis on the vowel “ó”. This suggests stressing more on the last syllable of can-ción.

Most words in Spanish have an accent, but not all words have acute accents. Just remember: when you see a word with an acute accent, the stress will be stronger in that syllable.

Verbs in Spanish conjugate differently according to personal pronouns and tenses.

Nouns in Spanish have gender - they are either feminine or masculine. Consequently, they must be used with articles and adjectives that match their gender.

When nouns become plural, the articles and adjectives also adapt to the sentence accordingly. For example, la mesa roja, or “the red table”. Mesa is feminine, so the article la is used, and the color rojo is adjusted to feminine (replacing an “a” with an “o” at the end).

Here’s another example. The phrase los restaurantes nuevos means “the new restaurants”. Restaurantes is a masculine word and, in this case, is plural. The article los is adjusting to the noun being masculine and plural. Also, the letter “s” is added at the end of the adjective nuevos to match the noun restaurantes.

Now that you’ve got a better comprehension of how to speak and read in the language, we will look at some easy to learn and important words and phrases in Spanish.

The most popular Spanish greetings are hola and adiós. They are used to say “hello” and “goodbye”.

Hola is generally used between friends, family, and people you already know. In a more formal setting, like in the airport, or with someone you’ve just met, other greetings are more appropriate, like buenos días (good morning), buenas tardes (good afternoon), or buenas noches (good evening).

Introducing yourself and starting a conversation

¿Cómo te llamas? or ¿Cuál es tu nombre? are questions used to ask “what is your name?” To reply, you can say me llamo (literally “I am called”), or mi nombre es (my name is).

If you are in a formal setting or speaking with someone you just met for the first time, the questions change slightly to ¿Como se llama? or ¿Cuál es su nombre?

¿Cómo estás? is used to ask “how are you?” in an informal setting. ¿Cómo está? without the “s” is used in formal settings and with people you don’t know.

There is also ¿Qué onda? or ¿Qué cuentas? They mean “what’s up?” and “what’s new?”. Both are used in casual and informal situations, only with close friends and family.

¿Qué tal? is a very general Spanish greeting. You can use it with everyone regardless of their age and how well you know them. It works just like ¿Cómo estás? This could be helpful when travelling, meeting new people or even in your first Spanish tutoring class.

Here are some ways to greet someone and introduce yourself in Spanish:

Gracias is the most popular way to say “thank you” in Spanish. It works in any setting. There are other variations as well, like muchas gracias and muchísimas gracias. Both mean “thank you very much.”

Asking around for help

If you ever encounter a problem when you are on a trip, getting information, or shopping, the following phrases should be helpful. Since you are going to talk to strangers, then keeping the grammar in formal mode is advisable.

When learning the Spanish language, knowing the first words to start formulating questions will help you organize your sentences. ¿Qué? is the most popular term for “what?”. You might use it to ask about anything in general.

¿Cuál? is also used for que but mainly means “which”, as it suggests picking one of a group.

¿Por qué? spelled separated is “why”, and porque spelled together is “because”.

Whether you are traveling, ordering food, meeting new people, or in your first Spanish lesson, these phrases will help you make small requests.

Disculpe means “excuse me” when you want to ask a question to a stranger, as in, “¿Disculpe, dónde está el banco? which means, “Excuse me, where is the bank?” It also means “excuse me” if you are giving forewarning: Disculpe, voy a pasar (excuse me, I am passing through).

Quiero literally means “I want”, but unlike English, quiero is polite in Spanish; me gustaría is the literal translation of “I would like.”

However, you don’t really use it when ordering food.

If you are ordering something to drink for yourself, you’ll say, “Quiero un vaso de agua, por favor* (I want a glass of water, please).” Adding the word por favor (please) at the end will express politeness.

If you are with a group of people and you would like to order for each of you, then para mí (for me) can be used to order for yourself, para él (to order for a male), para ella (to order for a female). For example, *“Para mí, un jugo de naranja, para él una cerveza y para ella un café con leche,” literally translated means, “For me, orange juice, for him a beer, and for her, a latte.”

When asking for a glass of wine, we say quiero una copa de vino. Vaso is generally the word for “glass”, but copa is used only when drinking wine. Red wine is vino tinto and not vino rojo.” White wine is *vino blanco.

When asking for the check is la cuenta, por favor. Instead of saying “I would like the check please”, we just go straight to “the check, please”.

Here are more useful words that will help you practice Spanish when ordering food.

With the right knowledge of Spanish grammar basics, accent marks, and this personal phrasebook, you’re ready to tackle learning Spanish. If you are interested in becoming fluent, or just want to try out a beautiful and interesting language, work with a Spanish tutor to maximize the effectiveness of your study.